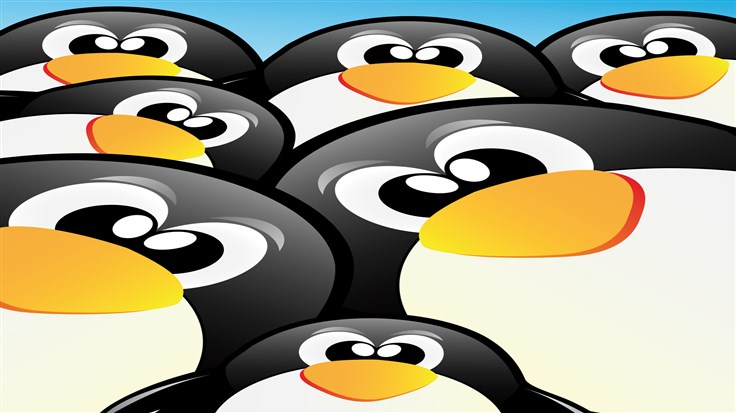 A Penguin in XP's Clothing

Got an aging computer? Still on Windows XP? No problem. Here's an alternative that still allows you to keep that lovable XP theme.

With the retirement of support for Windows XP, a large number of users are left in the position to either upgrade their aging systems or exist in a security limbo, where they could be exploited quite badly at any moment.

Microsoft isn't very subtle about it either, presenting this helpful "bubble" at stalwarts who persist in using the now retired OS in conjunction with MSE.

I have had anecdotal reports of users uninstalling MSE as a result, under the mistaken belief that the antivirus is out of date. The MSE warning about XP being EOL

The EOL message about XP.

To try and ease users into this new Post-XP world, I installed an alternative Operating System on aging hardware, to address the inherent vulnerabilities of Windows XP, and then proceed to try and emulate the old OS with a custom theme, custom icons, and background.

For some people, the upgrade path isn’t possible. Maybe it is because of aging hardware or economic reasons, but some people just can't.

Rest assured Malwarebytes will continue to offer support for XP, to assist users who find themselves in this unfortunate position.

Many readers of our blog are also the familial tech support, and trying to migrate grandma to Windows 8 might not only be an expensive affair but also a potentially traumatic experience. Windows 8 is proving to be …  challenging.

It has had a low adoption rates and the significant changes brought by the tile look to the user interface are not to everyone’s tastes.

Other Microsoft options are rapidly diminishing, most notably with Windows 7 no longer being available in retail form. So what are you left with if upgrading just isn’t an option?

Chart of the versions of windows available in retail. I was pondering this, when looking at options for a friend recently.

However, just meeting those specs does not guarantee a good experience. The old adage, (slightly modified for computing): "lies, white lies, and minimum specs" definitely applies here. The specs in my case are a dual core T2060 @ 1.6 GHz , with a 533mhz fsb, 1 MB of L2 cache, integrated Intel video, a 160 GB 5400 rpm drive and 1 GB of memory.

Upgrading this laptop to Windows 7 would be possible, but I suspect the user experience would not be a particularly good one.

This machine originally came with Vista, but was almost unusable with that operating system and was downgraded to XP where it was blazing fast, at the time.

One of the zero cost solutions would be to install Linux. When I floated this as an option, I was initially met with a very “luke warm” reception.

The counter argument presented was that an old dog doesn’t learn new trick and that Linux, for all of it’s recent advances, is still jarring enough of a change to hurt it a viable alternative.

The pre-requisites I was asked to meet did make migrating somewhat difficult: no new hardware, minimum differences, safe for banking, low to zero budget… A cursory search on the internet revealed that there is a desktop theme for windows XP for Mint (a flavor of Ubuntu Linux) provided courtesy of noobslab and while you could in theory not inform the end-user of what you’ve done, in this case a little honesty might be a better policy.

And so, I embarked on my mission. I was going to roll out Mint, with the XP theme, and the Windows 7 icons, present it to the owner and see what reactions I received.

It isn’t super hard to do, but it does involve adding strange repositories, and the tutorials available neglect mentioning that you need to manually change the theme and icons after installing them. For someone who has never used Linux, even this might be challenging.

I made a complete backup, using imaging software, so that I could revert the system back to the exact state it was prior to this attempt.

I then did a second backup using a file copy utility called YCOPY, that will continue backing up the whole drive even if it hits a stubborn file, and generates a neat report of what it couldn't copy when it is done.

I did this so that I could access the files without the need to extract them from the image, should I need them. I exported the address book, the email messages, the favorites, all of the documents, and the contents of the desktop.

Having procrastinated the inevitable with all these backups I then forged ahead, and blew away the contents of the drive, using g-parted live cd, a partition manipulation distribution of Linux. I do this to verify if there are hidden restore partitions on the disk, something fairly common on laptops. Eventually, you have to pull the trigger.

I proceeded to install Mint, which was a fairly easy process. Once this was completed, I followed these steps to add the necessary theme and icons:

I then selected the "Win-XP-Theme" from the system settings and the "Win7-icons" from the Other Settings.

After a little Google-ing, I was able to find a desktop background similar to the famed bliss backdrop that shipped with Windows XP to finish the look.

The results are a strange mish mash. A very XP looking desktop with just enough "weird" sprinkled throughout that I don’t think any long time XP user would be fooled. In this case we're avoiding the landfill for an older machine and providing a respite while exploring other avenues.

Once I've deployed this machine, I will revisit the user experience periodically and report on whether this wolf in an endangered species clothing was a success or a failure.