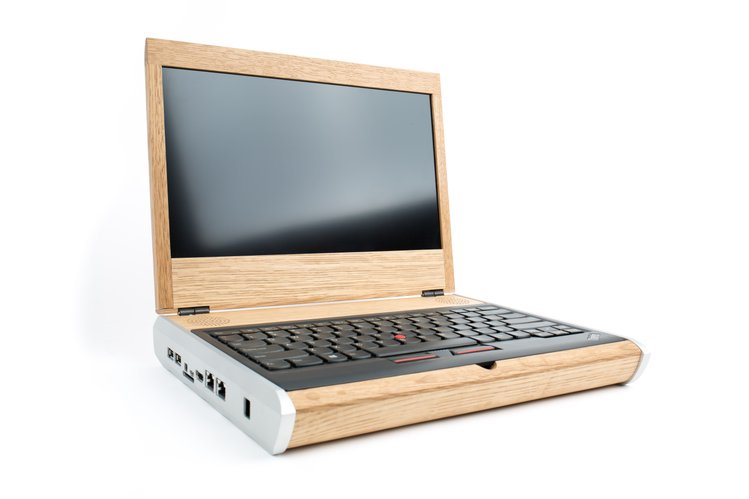 A couple of months ago, I watched the live stream of the Chaos Computer Club with one of the talks called  “The Exploration and Exploitation of an SD Memory Card”.

It was given by Sean “xobs” Cross and Bunnie Huang and is an excellent presentation, if a little technical. It was a real eye opener on the world of counterfeit SD cards, micro controllers, and possible malicious uses that could be achieved with said SD cards.

You can see it on YouTube, if you did not have the good fortune of attending in person. What really caught my eye can be seen at the around the 42:20 mark. What have we here?

These guys essentially decided to build a laptop, from scratch, using components that have almost no NDA (Non-Disclosure Agreement) attached to them. They designed the mainboard, chose the components and pretty much built it from the ground up, a feat that is virtually unheard of.

The result is a laptop with the most open, transparent hardware platform possible.

The specs are a little strange, with a quad-core Freescale IMX6 CPU powering everything, a chip that would be more at home in a handset, but performance is not the end goal here.

The only closed source component is the Vivante GC2000 GPU used to push the graphics. As this is a hacker laptop, there is a staggering array of ports to connect peripherals to, including 2 Ethernet ports, hdmi out, sd card, micro sd, and the list goes on. 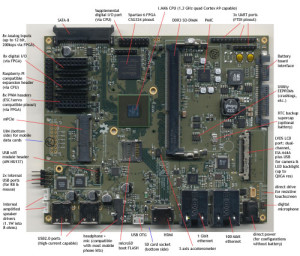 An older picture of the Noveena mainboard.

I was not the only person who noticed this fascinating machine, and there has been sufficient interest in the Noveena, that Xobs and Bunnie have now started a crowd funded project to make it possible to buy this open hardware wonder. 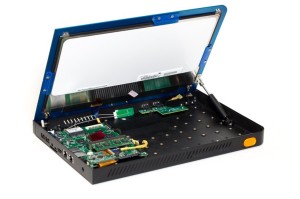 The desktop version, sans battery, but in this neat pop open case. 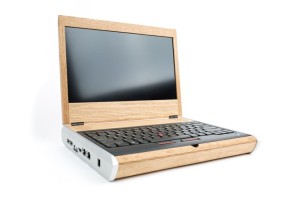 It is exciting to see what devices emerge out of the maker community, and while the Noveena would be ill-suited as a day-to-day unit, it is ideal for a "hacker" with its extreme customizability and wealth of ports. The total transparency it provides certainly addresses the doubts that a more paranoid user might have.

Perhaps major manufacturers will take notice and start offering something with greater customizability and more open components? We have seen hobbyist targeted packages like the legendary Nokia N900 and the EZ430 Chronos development watch.

Others similarly minded projects to the Noveena, such as the Raspberry PI and the Beagle Bone certainly hint that there could be enough of a market for this to be successful.