We're seeing a number of emails claiming that image files have been uploaded to the web, or have simply been damaged somehow.

Here's one claiming to be from "Box", which as you may already know is a Cloud content management service:

The rather sparse mail reads:

Your files has been damaged. 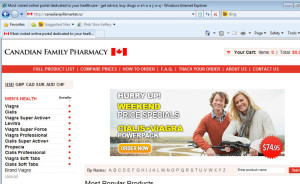 We've seen a few others like the above but in those cases the final destination was already offline, so it's hard to say exactly what they were trying to send people to.

Here's one stating that your files have been uploaded, this time from "Drive". SkyDrive / OneDrive? Google Drive? I have no idea, but here it is anyway: 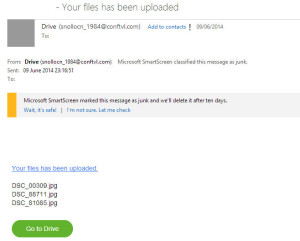 Don't panic if confronted with mysterious messages about damaged files or uploads you know nothing about. It's just a slice of spammy clickbait which can be safely ignored.