Heroes of the Storm Beta Keygen: A Wizard Did It

Websites are hoping to make a little cash out of you with the promise of fictitious freebies like free Blizzard's Heroes of the Storm beta keys.

If you're excited about Heroes of the Storm coming out soon(ish), keep in mind there are those out there wanting to make a little cash out of you with the promise of fictitious freebies. Here's a site located at

which claims to be offering up an "official" free key generator program. 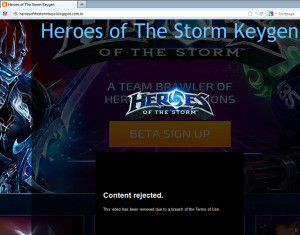 1) Their super official video has been taken offline due to a breach of terms of use.

2) They claim to have "made a deal with a certain person from Blizzard", which sounds less like "official" and more like "we're making up lots of nonsense".

3) They state in the blurb that they're responsible for "this Heroes of the Storm Beta giveaway or Keygen or whatever". The "or whatever" doesn't exactly fill me with confidence that this is entirely on the level. 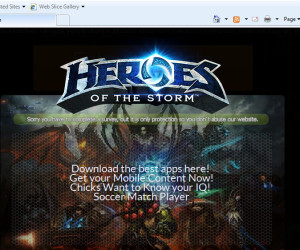 The clickable links lead to mobile sign ups, which of course cost money - they're interestingly designed, because in testing viewing them fullscreen only showed me the box to sign up by entering my mobile number: 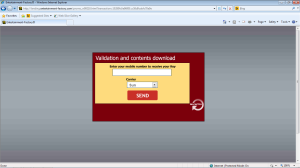 To see the long slice of text which informs you that you'll be billed with a daily subscription, you'd actually have to scroll the page down fully or else miss it completely: 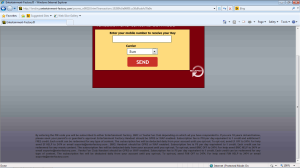 Another sign-up page does the same thing (and the grey on black text used isn't that easy to spot, either): 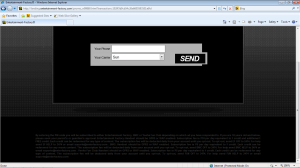 If your mobile device is on a contract rather than a pay-as-you-go setup, this could prove costly if you don't keep a close eye on what is being sent from the phone. If you want to sign up to the Heroes of the Storm beta minus all of the potentially wallet draining hoop jumps, simply go to the official sign-up page.