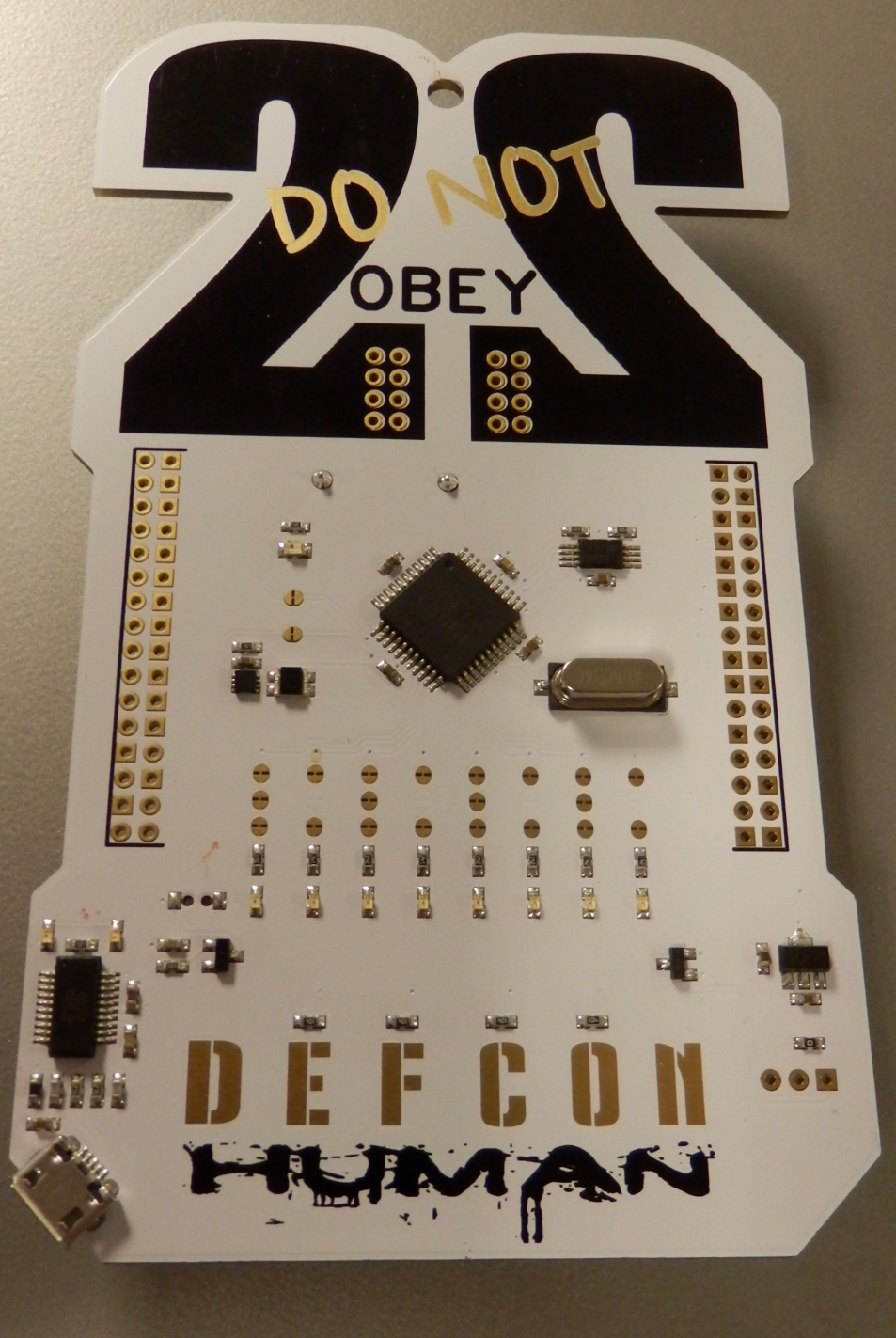 One of the biggest hacking conference in the world, Def Con, was an exciting mix of talks of the latest malware threats, swag and Vegas for this first timer.

For those of you that have never heard of Def Con, it is one of the biggest (if not the biggest) hacking conference in the world.

The conference pretty much covers talks on pretty much everything from malware, pen-testing, exploits, hacking and much more.

For the past few years, Def Con has been held in the Rio Hotel and Casino in Las Vegas, this year's event took place between August 7th to 10th.

This year's theme was loosely based on "behind the curtain", an idea from the classic movie “They Live”, an American sci-fi film from 1988, which drove the design and direction of the entry badges.

So, being my first time attending this event, here are my thoughts!

Well, Las Vegas and the hotel were a breath-taking. I knew it was going to be a memorable occasion and a great event. I had one day to get over the jet lag before the show began. This picture was taken from my hotel room in the Rio giving you a rough idea of the size of the complex.[/caption]

Thursday (Day 1) began by joining the queue at 6:30 a.m. later (some people actually stated queuing as early as 1 a.m.) and thought I had beaten most of the rush. I was so wrong!

As the queue moved forward, I then realized that it snaked round corners, doubled back and forth a couple of times. You would get close to the ticket desk then turn round and follow the queue back up the corridors near where I originally stated before turning around on the final stretch to get your ticket.

Three hours later, the wait was over and I had “the badge” having paid $220 entrance fee which was great value for money considering all that was on offer there. From what I heard, this event had the highest attendance figure than previous events. 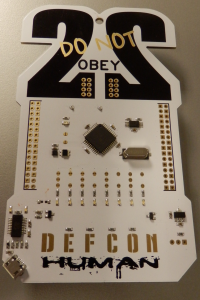 So, what is so special about this badge, well, apart from it giving you access to the conference, it is a mini computer with flashing LED's. The E,F,C,O letter activate various light sequences depending on the combination of letters you press.

There is also a USB port to connect to a terminal to find other secrets hidden within. This was all part of a challenge for attendees. Those of you who like to delve deeper will find this source extremely useful, 'The Badge Challenge'.

The badge came with Def Con stickers, 2 CD’s, one music the other consisting of presentation materials, software to hack your badge, electronic receipt, conference program in PDF and a few other bits. You also received a conference program booklet covering all that can be seen and done. With this booklet came 3D glasses to seek out the subliminal messages hidden within.

So, having finally managed to get entrance to the conference, it was time to check out the various talks which were hosted in conference rooms and a theater.

You will note that there was room to accommodate a lot of people however one major issue was getting into the talks due to the conference rooms filling up and volume of people queuing to get in or waiting for the next talk.

It came to a point where the best option was to stay in one conference room to catch all talks there which meant you missed out on others in the different rooms which were of interest or return to your hotel room and watch the conference on the TV which was streamed live.

The latter meant that you missed out on any slides used by the speakers as the camera only focused on the talker, nothing more. One picture of a conference room and one of the theater.

Throughout Def Con it was a gamble getting into the various talks so I decided to use any lost time to see what else was on offer in the villages. My first stop was the vendor area where an abundance of t-shirts were being sold (Yes, I bought some), lock picking tools, hardware, trinkets, etc., were all available. It would have been easy to blow a few thousand dollars.

From there I went round the Social Engineering village, Wireless village, hardware hacking village and many others. I would post pictures however cameras were not appreciated by many people especially when capturing faces therefore consideration and respect for that had to be made.

The ‘Goons’ (Def Con officials) were many and always ensuring things went smoothly and ‘Humans’ (the attendees) behaved.

One noticeable thing was the amount of Mohawk haircuts within Def Con. Every year people donate their hair in return for a Mohawk, done for a charitable cause.

As if this all wasn’t enough, there were additional events held away from the hotel such as the ‘Def Con Shoot’ where you had the opportunity to gather together in the desert and fire a few rounds on various weapons. I never got to hear where the Def Con BBQ was being held, a pity considering the variety of meats you can eat.

To be honest, there is simply so much going on and to take in during Def Con that including everything, would turn this post into a book. Needless to say, it was an experience I will never forget or the people I befriended. I look forward to next year’s Def Con.

As a final note, I wish to thank the organizers, speakers, the goons and everyone who worked hard to make this event a success. I tip my hat to you all, you did an admirable job.