Steer clear of sites posing as online hacking tools for users to finance their Steam Wallet. Your personal information may be at risk otherwise!

Last week, we presented a list of online threats that users may encounter while on Steam and interacting with other gamers within the platform.

As you may also know, there are threats that can be found outside of Steam that targets and affects its users worldwide. Some of these threats have been discussed in the following Malwarebytes posts:

We recently found a fake online hacking tool catering to Steam users, the likes of which I've already seen in the past.

While the previous scam I found was about a fake coin generator for FIFA 14, this new one entices users with a fake Steam Wallet code generator. Below is the screenshot of the tool in question: 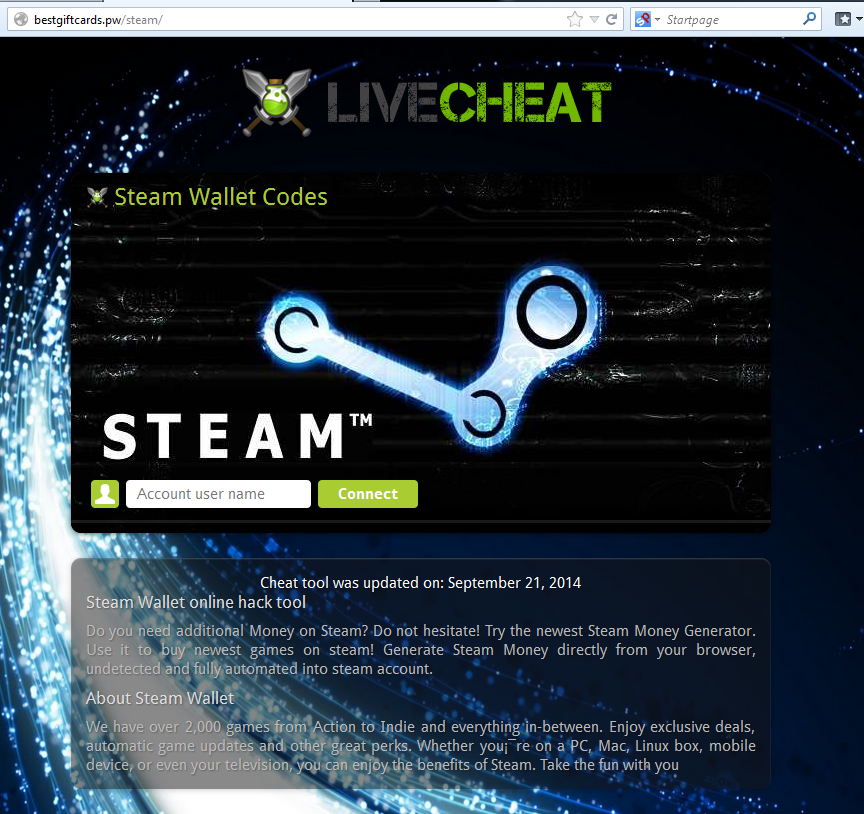 Entering a legitimate (or concocted) Steam user name onto the "Account user name" text box and clicking the "Connect" button triggers the slight change of the interface to this: 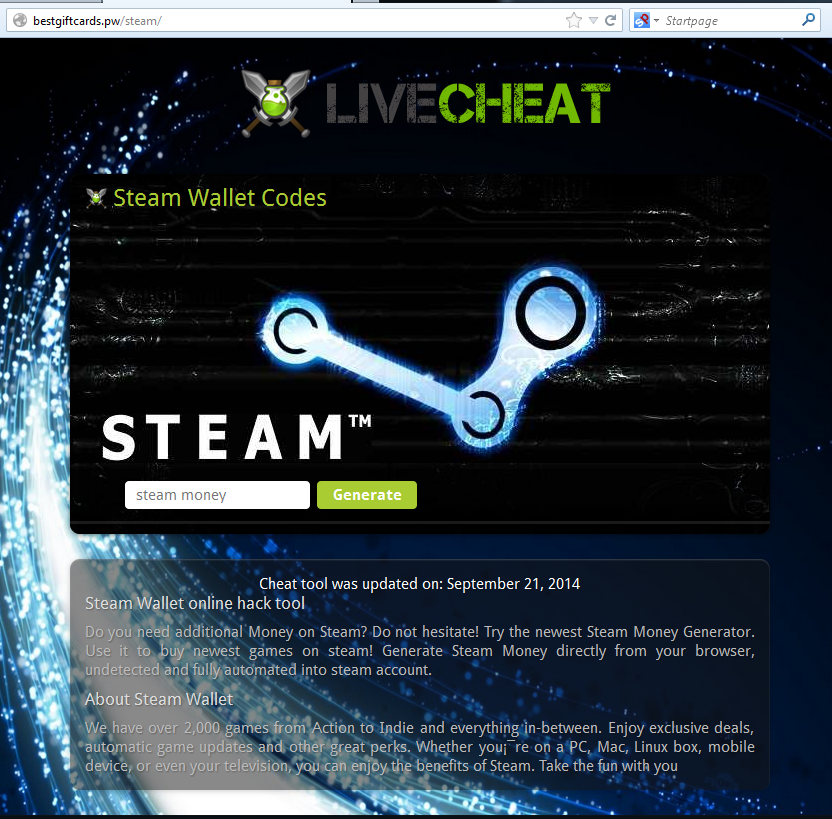 Specifying the amount one wants to add to his/her Steam Wallet then clicking "Generate" leads to a page asking him/her to try out a product sample (such as the one below): 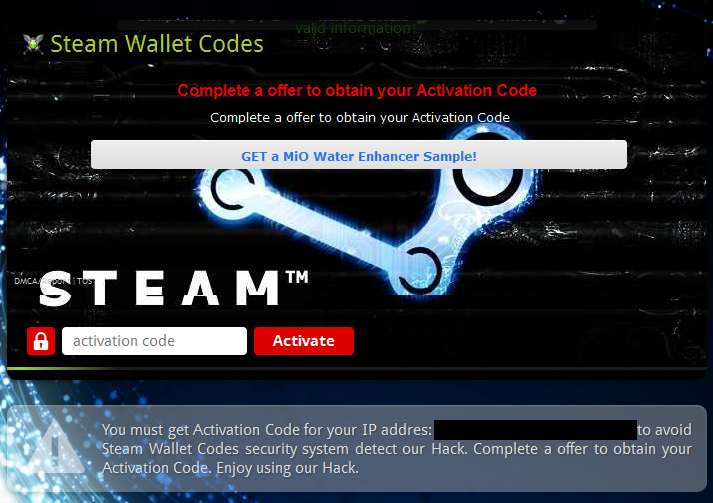 This particular product trial offering asks for personally identifiable information (PII), such as complete name, address, and date of birth, from interested parties over an insecure website.

After these were provided to the endorser, users are then directed to a survey that they have to answer before they can be cleared to receive a so-called Activation code.

We should all know by now that Steam users who fall for this type of scam don't get anything in return after giving out information about themselves.

We implore you, dear Reader, to avoid such sites, much less believe them.