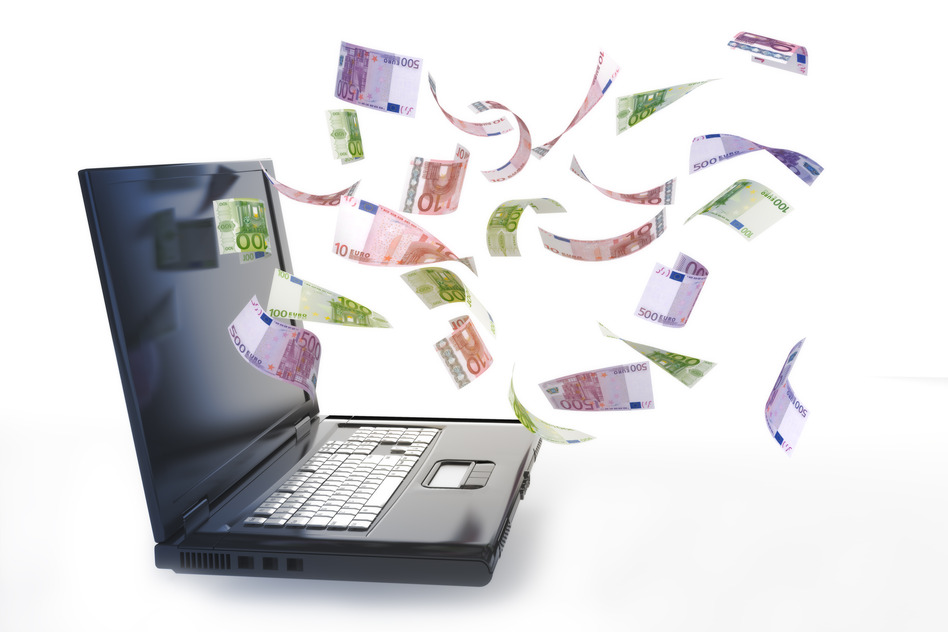 Watch out for spamlinks being sent on Twitter which claim you've won the "Twitter Lottery". But first it redirects you to a "voucher & win" sign-up, asking for name, email, DOB, home address and phone number.

Here's a Twitter spam campaign which looks out for regional references in Tweets, then fires "you have won the Lottery" messages to lucky(?) recipients. 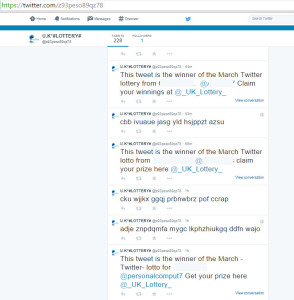 The above tweets say 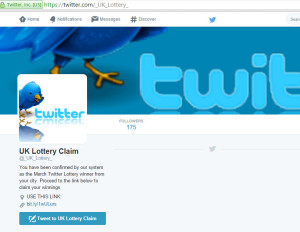 The Bit.ly URL has had 3,318 clicks since yesterday.

which eventually redirects the clicker to a "voucher & win" sign-up, asking for name, email, DOB, home address and phone number. There's a "guaranteed prize draw" mentioned, so I guess the prize for winning the so-called Twitter Lottery is...another lottery? 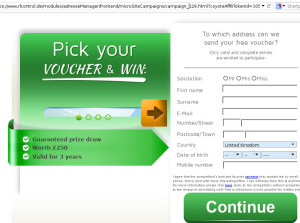 Both Twitter accounts have already been suspended. Giveaways are all well and good, but random spam sent your way rarely pays dividends. In fact, you could say it's a bit of a gamble...

Christopher Boyd (Thanks to MrTom for sending over)