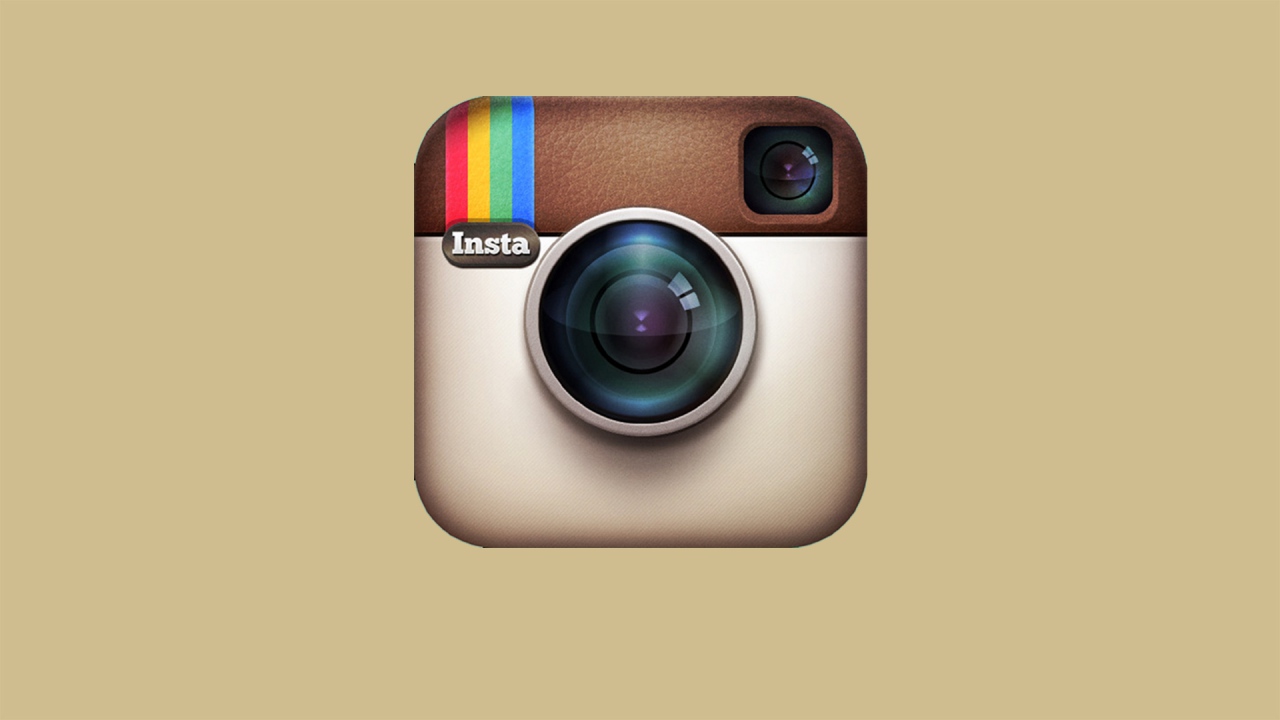 We look at two sites offering up services related to Instagram. Whether you just want to run Instagram on your Blackberry or delve into the world of passwords, there's something here which may be of interest to you.

Lots of people love a bit of Instagram, and many Blackberry owners have a hankering for official Instagram action on their devices.

Unfortunately, you can't currently do that via the Blackberry World store as no official Instagram app currently exists for the device.

There are workarounds to install the official .apk onto a Blackberry, but most Blackberry owners will stick to the store and grab programs such as iGrann or less functional "viewer" programs. Of course, there is the option of wandering outside of the official store and attempting to grab random files from the internet, which isn't really recommended regardless of which type of handheld device is up for discussion - you never know what you'll end up with.

Here's a nicely designed (and anonymously registered) site located at 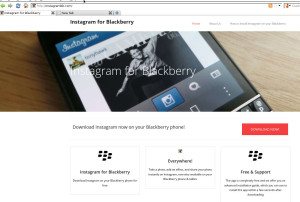 They're all about getting Instagram on the Blackberry. The About page states that they're "fanatic [sic] Blackberry users" who want to see Instagram on their device of choice. All well and good, but after reading the instruction page - which says to follow the prompts from the app once it's been downloaded, we click the Download button and... 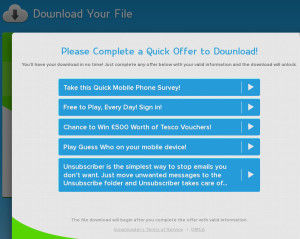 Survey questions galore, many of which require lots of personal information (name, age, phone number, address and so on). Given that the main website offers no further information on what exactly their program is or how it works (there aren't even any screenshots) this isn't something we'd want to try ourselves.

Blackberry users who really want to get their Instagram fix should stick to the official Blackberry store and weigh up the pros and cons of the unofficial apps. There's no sense in risking handing over wedges of personal data in return for little more than promises that yes, there really is a fully functional Instagram app at the end of the rainbow.

Elsewhere we have a site called 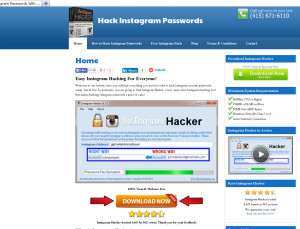 The site claims to offer up an Instagram hacking program, and in actual fact is practically identical to sites covered elsewhere in 2013 (even the contact phone number is the same). In those cases, the tools on offer claimed to crack passwords for services not present / used on the test PC, then ask users for $29.99 USD to obtain an activation code. Not a lot to say about this one, except that it probably isn't something you be handing over money for.

Instagram fans should read up on some of the things we've seen in heavily saturated photograph land over the last year or so. Whether we're talking about profile deletion hoaxes, fake accounts or PUPs using Instagram as a lure there's always something to think about beyond "Ludwig or Willow?" and the length of your next selfie stick.