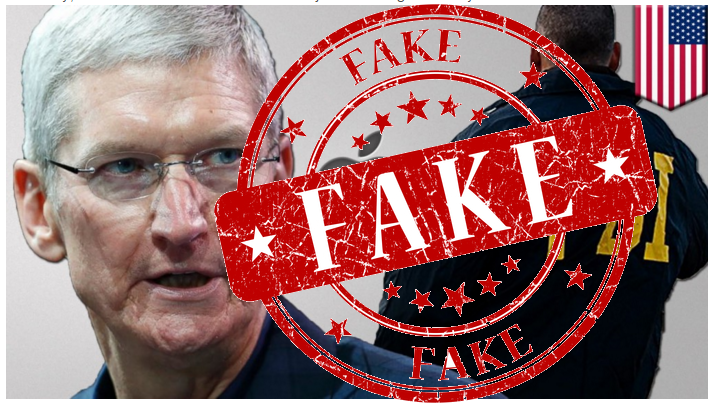 We thought we’ve seen the last of the iPhone 6-type scams in 2015. Nothing can be further from the truth.

We thought we’ve seen the last of the iPhone 6-type scams in 2015. Nothing can be further from the truth.

Recently, a fake news piece sporting the all-too-familiar design supposedly belonging to the BBC News is making rounds online, spreading the false word that Apple is now reducing their inventory—specifically, by selling scores of iPhone 6S units for £1 and giving away iPod Shuffles for free—after the company turned down the FBI’s request to unlock the San Bernardino shooter’s iPhone.

Although the page in question does look like it belongs to the BBC, the supposed news outfit actually goes by the name CMN News.

It's unconfirmed whether this is a poor imitation of CNN or scammers are banking on an RSS app that also has the same name.

Anyway, below is a full screenshot of the fake news piece:

Sample news text are as follows:

For only 24 hours, HappyCrocky (NASDAQ: FYCL) has partnered up with Apple to give an exclusive discount. This is not a mistake: ‎£1.

Even though Apple is fighting to protect the rights of privacy of its customers, the controversy has created an overstock. Because of this, Apple has chosen to preemptively strike against any backlash in the UK, where sales have slumped recently to the tune of nearly 40%, by offering British residents the chance to buy a new iPhone 6S for just £1, plus get an iPod Shuffle for free through one of its core distributors, a company called HappyCrocky.

The idea, according to marketing director Joel Branson, is that Apple can take an initial loss like that of offering the new iPhone 6S for just £1 and turn it around into a positive growth for the company. Large companies do things like this all the time, which serves to create more customers over time. All the links on the Web page leads to the destination below (note that it only appears to Internet users with a UK IP address): 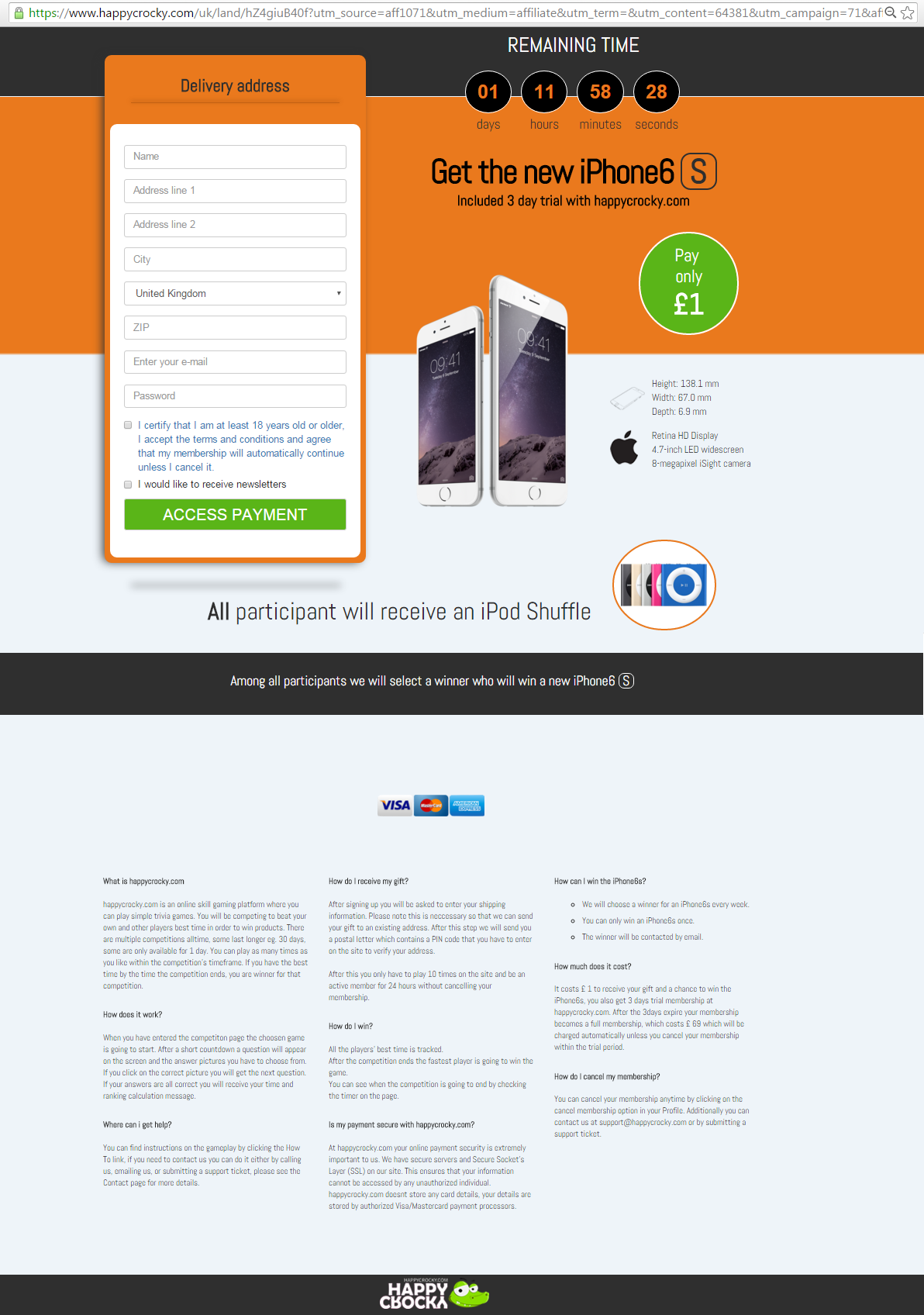 Users should really take the time to read the fine print on websites they visit because some dodgy companies actually list down what they intend to do after luring you in with cheap (if not free) stuff. In the case of HappyCrocky, users don't just get the smartphone after handing over £1; they are only given a chance to win it.

They are also registered as members to HappyCrocky’s site for a 3-day trial period. When this expires, they are automatically charged with £69 from their accounts, unless they terminate within the three days. Below is a screenshot of the section that tells you these case you missed it: 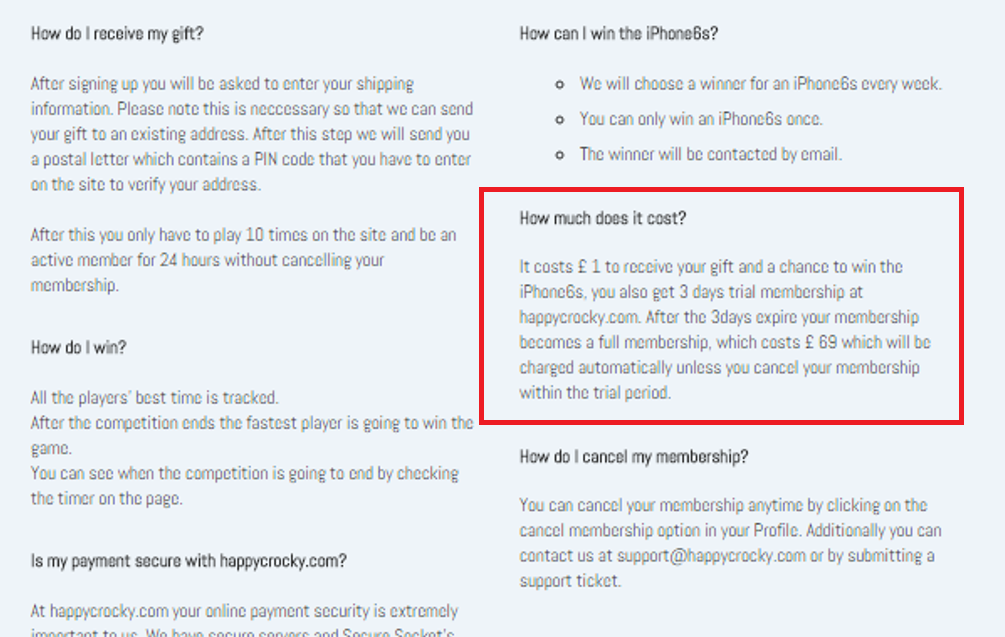 It costs £ 1 to receive your gift and a chance to win the iPhone6s, you also get 3 days trial membership at happycrocky.com. After the 3days expire your membership becomes full membership, which costs £ 69 which will be charged automatically unless you cancel your membership within the trial period. What is HappyCrocky? It’s a brand that markets itself as a “skill gaming platform” wherein a user can compete with another to win a prize. Once he/she beats the current record time for a particular game, others are then given a time limit of 30 days to beat this new best time. Below is a screenshot of its website: 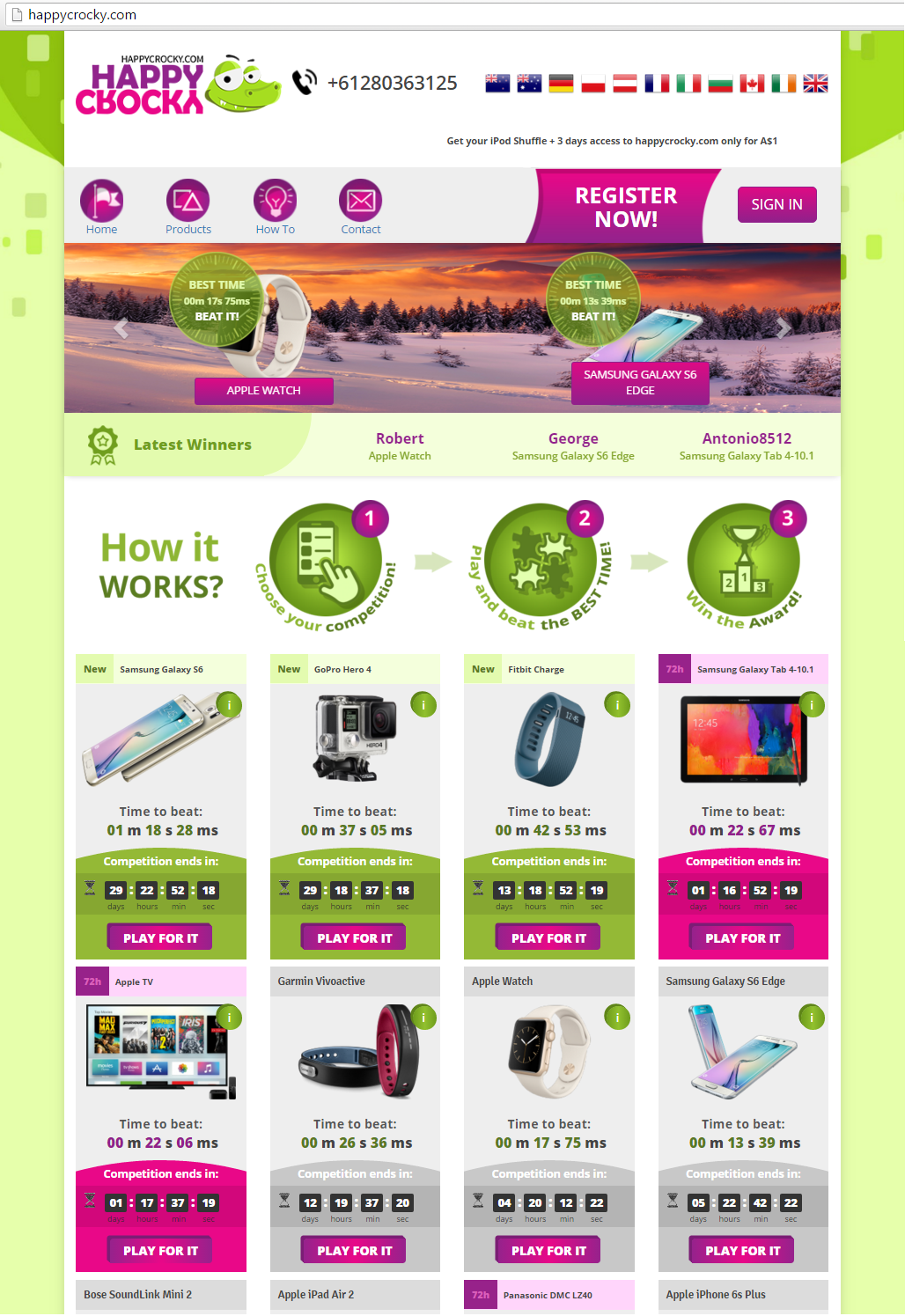 In May 2015, we spotlighted on a fake BBC news article wherein British users were given a similar promise, only it was done through the “affiliate” called RockyFroggy, a company of questionable nature. It appears that RockyFroggy got the axe and HappyCrocky got the deal. Although the websites of both brands look very different, both follow the same gamification scheme.

Scammers can take any real-world news and use them to their advantage, so be careful what you click. And always remember, if something is too good to be true, highly likely that it isn’t.

Jovi Umawing (Thanks to Steven for finding this)