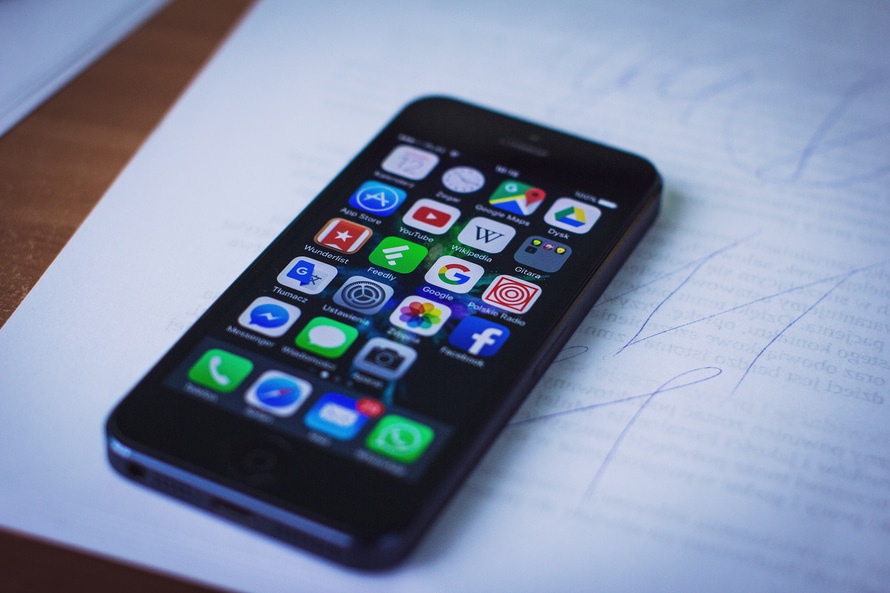 With shady people continuing to bank on news related to Apple, users in the UK better watch out for more fake iPhone discount sites in the wild.

More than a week after the FBI has decided to drop that case against Apple, it appears that the controversy surrounding all of this continues to keep us riveted to the news. Usually, people go to their favourite online publications; what shady actors behind equally shady news sites do, though, are the opposite.

Users with UK IP addresses shouldn't be surprised if they suddenly see a new tab open with the below "headline", claiming that Apple is liquidating their iPhone 6S units out of desperation:

In the article snippet below, you'll notice quite a number of inconsistencies:

(TNReport)—People in the United Kingdom will be shocked to hear that Apple is running a special customer appreciation event and offering a huge discount to new and existing customers—by selling the iPhone 6S for $1 (that's 99% off the original price!)

For only the month of March, Zuuvu has partnered up with trusted Apple iPhone 6S distributors to provide this limited time deal to customers. This is not a mistake: $1.

All of this is a part of an aggressive marketing strategy. Why are they offering such an incredible deal to United Kingdom residents? The Apple marketing team explains: "Last year, the United Kingdom market share may have dropped 35% and is losing to Samsung's Galaxy products worldwide. Apple retailers need to capture United Kingdom users by liquidating extremely low-priced iPhone 6S devices. In this way, people can become repeat customers who will spread the brand loyalty to their friends." When users click any of the links on the fake news article, they are redirected to several destinations before ending up on a page at zuuvu[DOT]com, as shown below: 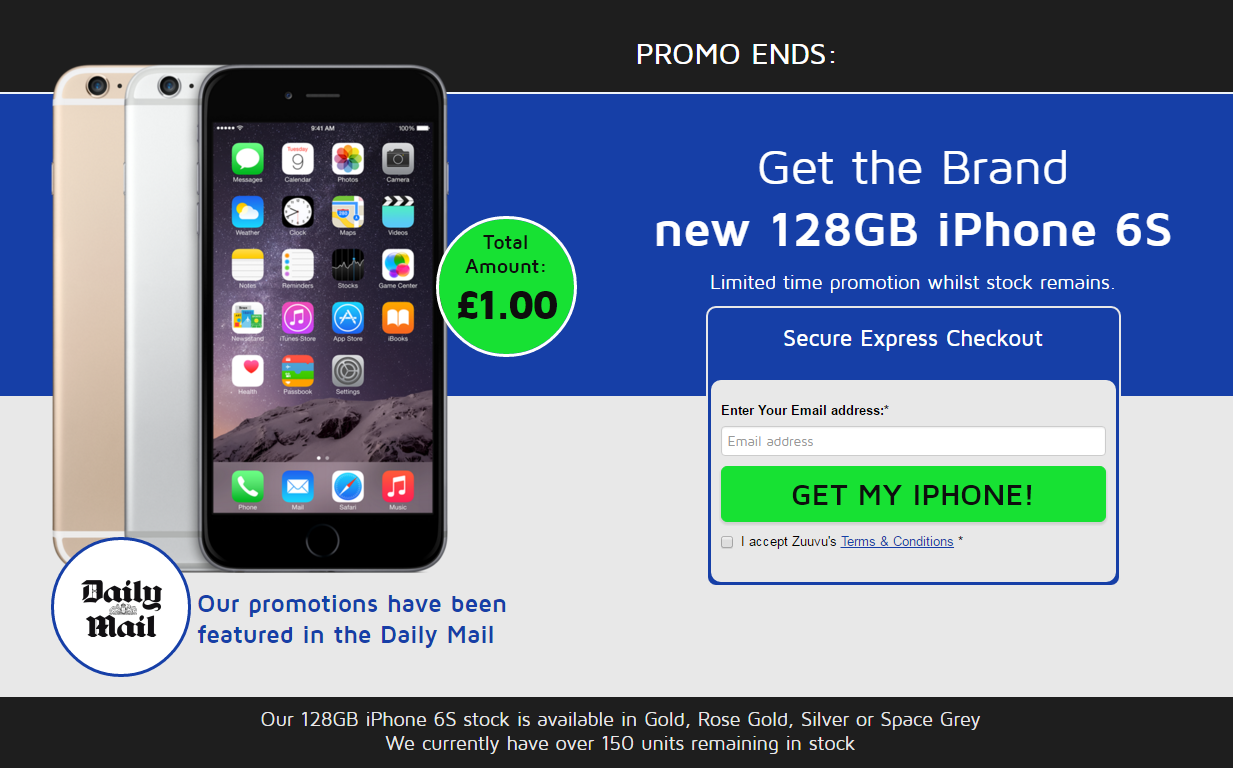 Zuuvu is a gamification site, similar to what we have already seen in previous fake news campaigns. 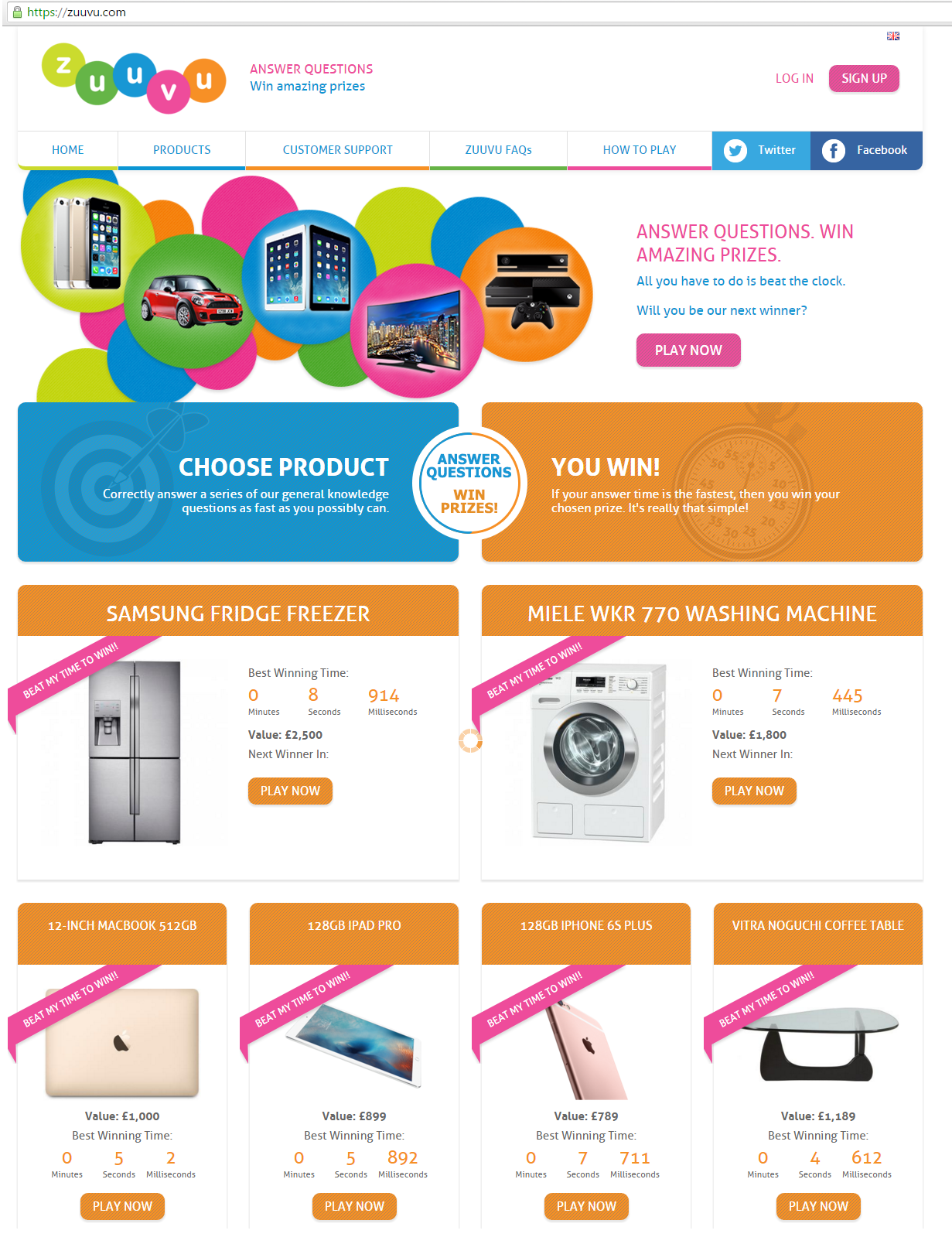