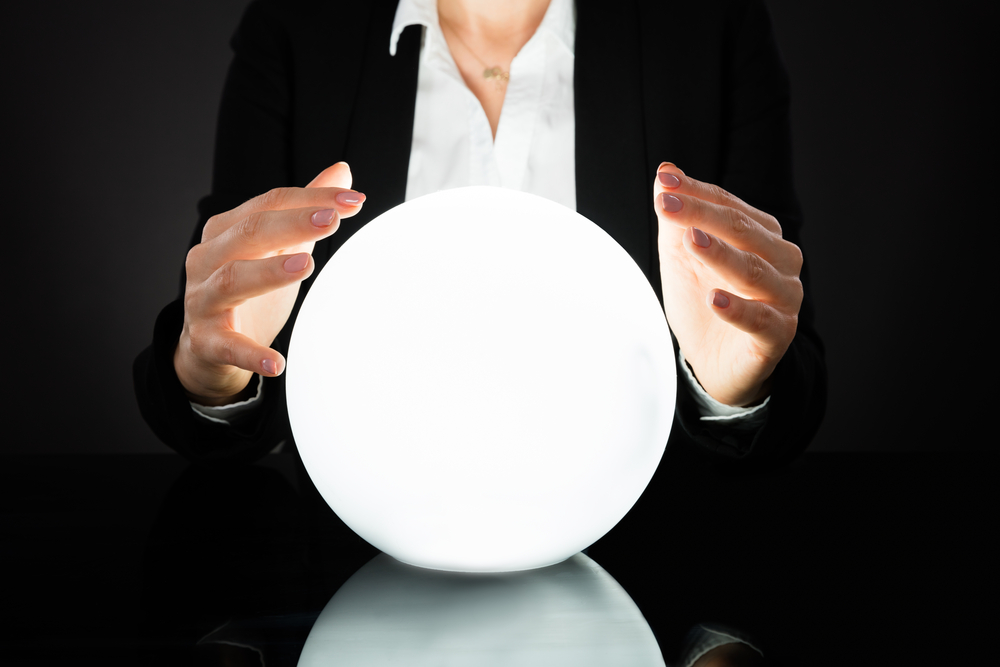 Every year, we at Malwarebytes Labs like to stare into our crystal ball and foretell the future of malware. And while all hope is for a threat-free 2019, the reality likely includes botnets, IoT, artificial intelligence, and even more data breaches. When it comes to security, we can pretty much assure you that attacks will keep happening—just as the sun rises and sets.

Every year, we at Malwarebytes Labs like to stare into our crystal ball and foretell the future of malware.

Okay, maybe we don't have a crystal ball, but we do have years and years of experience in observing trends and sensing shifts in patterns. When it comes to security, though, we can only know so much. For example, we guarantee there'll be some kind of development that we had zero indication would occur. We also can pretty much assure you that data breaches will keep happening—just as the sun rises and sets.

And while all hope is for a malware-free 2019, the reality will likely look a little more like this:

New, high-profile breaches will push the security industry to finally solve the username/password problem. The ineffective username/password conundrum has plagued consumers and businesses for years. There are many solutions out there—asymmetric cryptography, biometrics, blockchain, hardware solutions, etc.—but so far, the cybersecurity industry has not been able to settle on a standard to fix the problem. In 2019, we will see a more concerted effort to replace passwords altogether.

IoT botnets will come to a device near you. In the second half of 2018, we saw several thousand MikroTik routers hacked to serve up coin miners. This is only the beginning of what we will likely see in the new year, with more and more hardware devices being compromised to serve up everything from cryptominers to Trojans. Large scale compromises of routers and IoT devices are going to take place, and they are a lot harder to patch than computers. Even just patching does not fix the problem, if the device is infected.

Digital skimming will increase in frequency and sophistication. Cybercriminals are going after websites that process payments and compromising the checkout page directly. Whether you are purchasing roller skates or concert tickets, when you enter your information on the checkout page, if the shopping cart software is faulty, information is sent in clear text, allowing attackers to intercept in real time. Security companies saw evidence of this with the British Airways and Ticketmaster hacks.

Microsoft Edge will be a prime target for new zero-day attacks and exploit kits. Transitioning out of IE, Microsoft Edge is gaining more market share. We expect to see more mainstream Edge exploits as we segue to this next generation browser. Firefox and Chrome have done a lot to shore up their own technology, making Edge the next big target.

EternalBlue or a copycat will become the de facto method for spreading malware in 2019. Because it can self-propagate, EtnernalBlue and others in the SMB vulnerability present a particular challenge for organizations, and cybercriminals will exploit this to distribute new malware.

Cryptomining on desktops, at least on the consumer side, will just about die. Again, as we saw in October (2018) with MikroTik routers being hacked to serve up miners, cybercriminals just aren’t getting value out of targeting individual consumers with cryptominers. Instead, attacks distributing cryptominers will focus on platforms that can generate more revenue (servers, IoT) and will fade from other platforms (browser-based mining).

Attacks designed to avoid detection, like soundloggers, will slip into the wild. Keyloggers that record sounds are sometimes called soundloggers, and they are able to listen to the cadence and volume of tapping to determine which keys are struck on a keyboard. Already in existence, this type of attack was developed by nation-state actors to target adversaries. Attacks using this and other new attack methodologies designed to avoid detection are likely to slip out into the wild against businesses and the general public.

Artificial Intelligence will be used in the creation of malicious executables While the idea of having malicious AI running on a victim’s system is pure science fiction at least for the next 10 years, malware that is modified by, created by, and communicating with an AI is a dangerous reality. An AI that communicates with compromised computers and monitors which and how certain malware is detected can quickly deploy countermeasures. AI controllers will enable malware built to modify its own code to avoid being detected on the system, regardless of the security tool deployed. Imagine a malware infection that acts almost like “The Borg” from Star Trek, adjusting and acclimating its attack and defense methods on the fly based on what it is up against.

Bring your own security grows as trust declines. More and more consumers are bringing their own security to the workplace as a first or second layer of defense to protect their personal information. Malwarebytes recently conducted global research and found that nearly 200,000 companies had a consumer version of Malwarebytes installed. Education was the industry most prone to adopting BYOS, followed by software/technology and business services.