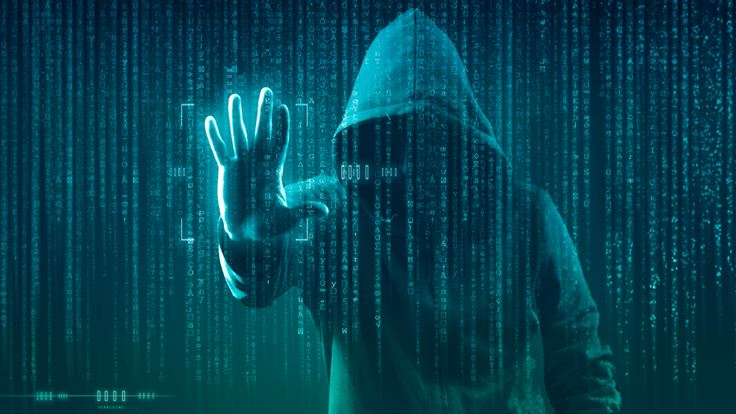 We take a look at some of the most famous (or infamous) hacking scenes from TV and movies and the cybersecurity lessons, if any, we can learn from them.

In pop culture, cybercrimes are often portrayed as mysterious and unrealistic. Hackers are enigmatic and have extraordinary tech abilities. They can discover top secrets in a short time and type at breakneck speed to hack into a database.

In real life, though, hacking is not that straightforward. Hackers may have technical capabilities and high intelligence, but they are otherwise normal human beings. It takes a lot of time and research to come up with foolproof strategies to break into an organization’s secret files.

In the last few decades, hacking and cybersecurity have become important topics of discussion, and pop culture has capitalized on this wave of interest. Many movies and TV shows now find ways to weave cybercrime into their storylines. At times, the depiction is realistic and informative; most of the time, it’s plain misleading and ludicrous.

In this article, we take a look at some pop culture hacking scenes from TV and movies and the cybersecurity lessons, if any, we can learn from them.

Hackers are not always basement-dwelling nerds

Predominantly, male hackers are depicted in Hollywood movies to be either reclusive conspiracy theorists or super-smart, ex-intelligence officers. Picture Dennis Nedry from Jurassic Park or Martin Bishop in Sneakers. Their female counterparts—few and far between—tend toward the harsh, ass-kicking, boyish types, like Kate Libby in Hackers or Trinity in The Matrix.

The reality is, while we may be able to create criminal profiles for threat actors or even define skill sets and personality types that are attracted to hacking, there is no single stereotype that carries.

Hackers could be bubbly, social, feminine, sporty, narcissistic—the life of the party. They could also be relatively quiet, introverts, artists, compassionate, or deeply sensitive. Simply put, pop culture has a habit of stereotyping what it doesn't understand, and hacking is still a widely misunderstood pastime/profession.

But there is one truth that unites all hacker types: Hacking requires strategic, conceptual thinking, so intelligence is required, as is practice. The best actual hackers spend years honing their craft, testing and testing code, working with mentors and peers, sometimes going to school or, yes, the military, for skills training.

However, cybercrime isn’t dominated by super-skilled hackers. Most criminals have softer code-writing skills, purchasing malware-as-a-service kits on the dark web or using social engineering techniques to scam users out of money. Meanwhile, there are hackers who use their skills for good, called white hats, often working as security researchers or in IT for businesses, schools, healthcare organizations, or the government.

Pop culture would benefit from seeing these more diverse representations of hackers, cybercriminals, and security professionals on TV and in the movies.

Movies and TV shows are meant to be exciting and dramatic. As with most careers that aren’t well understood by those outside the industry—think theoretical physicist or brain surgeon—these professional portrayals are made out to be much more action-packed in pop culture than they are in the real world.

Real hackers and cybersecurity experts have to rely on patience and persistence gained through training and experience to strike gold—much more so than a magical solution that can resolve a plot point in five minutes or less.

Research is one of the most important parts of hacking or engineering or reverse-engineering, along with making mistakes. Real-world cybersecurity experts understand that failures are just as important as successes. Why?

Part of cybersecurity involves testing currently-active systems to find flaws and improve what needs improving. That can often take months or years of hard work, and not just a few minutes of elaborate schemes and computer wizardry. And even when criminals building the most sophisticated software discover that their cover is blown, they go back to the drawing table to advance on how best to come up with a better plan of infiltrating the host computer.

You can’t save a system by smashing buttons

When NCIS’ Abby is hacked, a million pop-ups fill her screen—Hollywood's favorite “You’ve been hacked!” move. Thankfully, her friend heroically steps in, furiously typing on the keyboard until the problem is solved. Of course, that’s not quite how the scene would play out in real life.

When a computer is hacked, you cannot save it by pressing buttons aimlessly. You must, at minimum, unplug/shut down the computer and restart or install a USB drive or CD system. And you should also run a scan with an anti-malware program that can clean up infected devices. If you're part of a business network, the process is more complicated: Alerting your company's IT team is the best course of action if you suspect an infection. Button mashing will only make your fingers sore.

Hacking is not always flashy

Hollywood loves to make eye candy out of a hacking scene, often displaying colorful, polished graphic interfaces (GUIs) or 3D-immersive virtual reality experiences—neither of which have much to do with actual hacking. This infamous hacking scene in Swordfish, for example, shows Stanley completing some sort of digital Rubik's Cube to "assemble crypto algorithm." Whatever that means.

And there's also this classic from Jurassic Park, where Ariana gains control of the automatic doors by "hacking" into the Unix security system in a matter of seconds.

Pop culture loves to spoon feed its audiences cheesy 3D visuals of viruses and authentication attempts. But these flashy visual interfaces, especially in 3D, are not accurate at all. What do your file systems look like on your home or work computer? How many of them are in 3D? How many times do you see a giant "ACCESS DENIED" painted across your whole screen when you enter an incorrect password or when your operating system can't find a file?

A more accurate interface would be to show command line (code) displayed on a console or terminal, simply because it would be the most efficient way for hackers to obtain data quickly.

However, as much as pop culture has misrepresented hacking to the general public, it has also taught us varying real-life lessons about cybersecurity. Here are a few examples:

In Ex Machina, we learned that the CEO of Blue Book, Nathan Bateman, fast-tracked the emotional growth of Ava by taking data from smartphone cameras across the world. This scenario is currently playing out in real life, as there are applications that can be downloaded from third-party platforms and even from Google Play and Apple App Store that can spy on users and steal their personal information.

This teaches us to be careful when downloading applications online. Verify each app’s capabilities and permission requests before installing them on your devices. If a music app is asking for access to your GPS location, for example, ask yourself why such information would be necessary for this app to function. If it seems like an unnecessary amount of access, it’s better to forget downloading.

Small distractions could be a diversion

Sometimes cybersecurity lessons can be learned from movie scenes that don’t involve computers at all. For example, in Star Wars: The Last Jedi, Poe creates a diversion, distracting the general and the First Order armada before bombing the Dreadnought. In fact, military strategy is often well intertwined with that of cyberwarfare.

Small distractions were used to a great effect in the 2015 distributed denial of services (DDoS) attacks on ProtonMail, for example. A small ransom note was dropped as a precursor to a 15-minute test DDoS attack, which diverted ProtonMail's IT team to customer service assistance. The threat actors then followed up with the true mission, jamming up ProtonMail servers with a 50 Gigabit-per-second wave of junk data that took down the datacenter housing servers while simultaneously attacking several ISPs upstream, causing serious damage that took the company offline for days.

The lesson you can take away from this is that a small disruption of services could just be the blip on the radar meant to pull attention away from the storm. Make sure you stay on alert, especially if you notice this at work, where cybercriminals are focusing more of their efforts for larger returns on their investments.

Always use two-factor authentication (2FA) to protect your online accounts—that cannot be overemphasized. In Mr. Robot, 2FAs were used to guard access to the company's data and keep hackers out. Many IoT devices, password managers, and other applications have recognized the power of 2FA, or multi-factor authentication, in shielding user and proprietary data from hackers who are able to exploit bad password habits.

Hollywood tends to misrepresent what hacking and cybersecurity are to the general public. But it has also taught us valuable lessons about how to protect ourselves, our devices, and our information on the Internet. We hope that, as cybersecurity awareness increases, the misrepresentations are reduced to the barest minimum. That way, TV and movies can do to cybersecurity what they do best: educate, inform, and entertain the public about its importance to our daily lives.

Sam Chester is a cybersecurity expert and consultant from Georgia State University (GSU). He's also the founder of Cool Tech Zone, a blog dedicated to educating web users on cybersecurity issues and products.