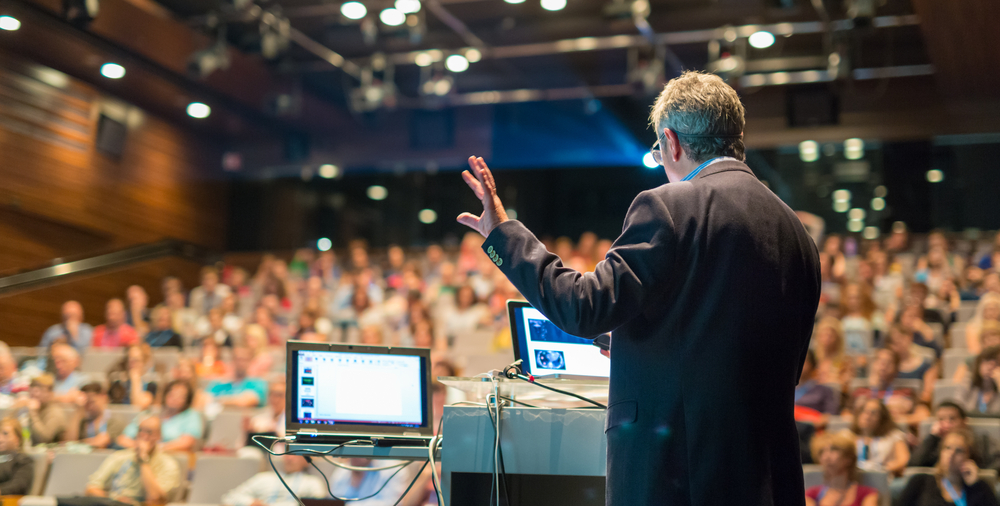 We look at upcoming cancellations, postponements, and moves to virtual for security conferences in the wake of the coronavirus pandemic.

With coronavirus starting to take hold globally, international travel restrictions are kicking in and more workplaces are advising to work from home whenever possible. When self-isolation is a potential solution, public gatherings are increasingly looking like a terrible idea. Events are becoming a bit of a hotspot for cases, leading to inevitably bizarre scenarios where coronavirus conferences are cancelled due to coronavirus.

Many major security conferences are already reassessing whether going ahead is worth it. Indeed, some cases of coronavirus have already been confirmed at RSA—one of the biggest security events on the planet. Given the number of attendees and the nature of their jobs (government and private security officials), that alone could have repercussions galore.

Some security events have decided to cancel outright, while others are going with the "temporarily postpone and see what happens at a later date" approach. While it’s tempting to suggest "just going virtual" as some are doing, that’s not always easily achieved.

Here's a short rundown of some problems faced by event organisers in the wake of the current pandemic:

1) Putting on an event costs a lot of money. The venue, advertising, food, setup, safety, insurance, transportation to and from the event for organisers—it all adds up. People pay a ton of cash in advance to secure the event location, and not every venue operator is willing to hand $100,000 back if an event organiser phones up and says, "Actually, about that global pandemic…"

2) Lots of smaller conferences rely on sponsors. If sponsors suddenly bail without considering the impact of vanishing, the event could easily go under, and it won’t get a second attempt the following year. In turn, this (combined with the difficulty in recovering venue fees) could force some events into going ahead or facing financial ruin. It's in everyone's best interest to work together as much as possible in those situations, and see if there's a possibility of going virtual.

3) I’ve helped with a few online events in the past—only small ones—and it was difficult. You can’t just throw up a website and yell "job done!" Streaming can be expensive. Locking down the site and figuring out how to only give content to paying virtual attendees isn’t straightforward. Which time zone are you aiming for when the event happens, and do you even need to stream?

It’s all online anyway, so would it be better to simply record everything and lock it behind a portal somewhere? What software will you use? Does your license accommodate your plans? Can you afford an upgrade if it doesn’t? Will the tech go wrong during the event, and what sort of contingency plans are in place if it does? These are just some of the questions waiting in store for intrepid event folks.

Taking stock of the situation

It's difficult enough running a virtual event from scratch. I can't imagine the stress of finding out you suddenly have to switch everything to online or shut everything down at short notice.

While it may end up costing less than a physical event, it may well cause more headaches than planning for the real world, where there’s a fairly solid set of event planning criteria/expectations.

With this in mind, and with a growing collection of security events going into lockdown, we thought it’d be good to pass you a few handy lists that explain what’s going on in security conference land for the foreseeable future.

The current state of play

In a nutshell, the current state of play is "bad." Wild West Hackin’ Fest is one such example of an event having to cancel and losing a lot of money in doing so to keep people safe from harm. They’ve decided to go virtual, just like Kernelcon who announced their decision today to do the same thing. Good luck to them both.

Meanwhile, the first major roundup of affected events over on ZDNet grew from nine to 22 in just two days. As per the list itself, some notable changes to your potential event schedule:

Those are just some of the big shakeups heading the infosec industry’s way. That list is constantly being updated, as is the comprehensive listing by region over on Infosecurity Conferences.

Regardless of which list you use to keep yourself informed, there will absolutely be more events affected in days to come. Your workplace may already have implemented no-travel policies, but even if you’re going it alone, you may wish to give some events a pass this time around.

Of course, that advice isn’t exactly good news for people who make their living from organising these events or even speaking at them. Whatever your involvement in security conferences, it’s going to be a rough old time of it for the foreseeable future. Stay safe and be well.