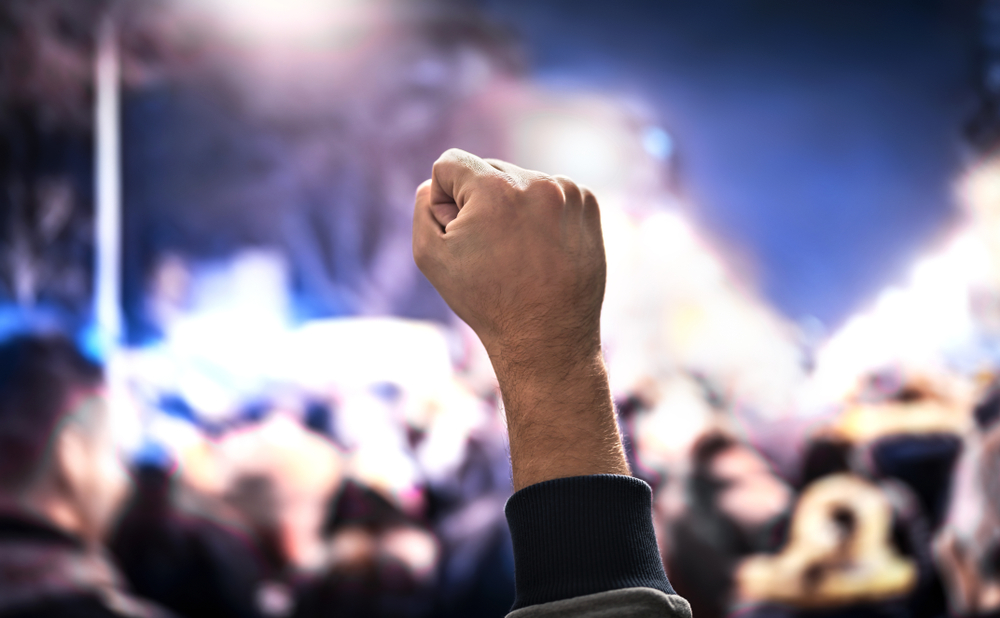 Technology and the power of moral panic

We look at how technology and a splash of moral panic have made for strange companions down the years.

Moral panic is a fascinating topic, and often finds itself tied up in the cutting edge-technology of the times once it works its way into the hands of younger generations. Music, games, movies—pretty much anything you can think of is liable to gatecrash the “won’t somebody think of the children?” party no matter how well-meaning or patently silly it is.

Last month, a poster was making the rounds informing parents that their children may be up to no good if they're using forms of technology, such as virtual machines, TOR, and—uh—Discord.

Is it us or the children who are wrong? Before we explore the poster, I thought it might be interesting to wander through a couple of decades of overblown moral panic examples, where technology + teens = baffling worry. Spoiler: the children may not have been wrong after all.

Back in the mid 1950s, Elvis found it considerably more difficult to be a hound dog with the lower half of his body hidden from cameras. After a few appearances in full hip-swinging, pelvis-gyrating mode, TV producers decided it was all a bit too much for impressionable kids, so Elvis was turned into rock 'n' roll Max Headroom for one night only.

The story surrounding his legendary televisual explosion of moral panic is fascinating, as you can see from this deconstruction of what Elvis' appearance on The Ed Sullivan Show actually entailed (spoiler: a distinct lack of Ed Sullivan...and Elvis, for that matter).

While The King's earlier television appearances garnered much higher ratings than his extreme close-up on Sullivan's show, the controversy is what triggers our collective memory. For better or worse, thanks to a distinct lack of Internet to capture Elvis' full frontal for all of posterity, the historical event now boils down to "Elvis runs riot so we’d better jam the camera up his left nostril."

That’s WAR, all in caps so you know it’s definitely WAR and very serious. If broadcasting Elvis and his wildly gyrating pelvis to the world weren’t enough to send parents into a frenzy, the 1960s happened and all of a sudden, the rebellious youths decided to take to the streets in protest.

But we're not talking about the Vietnam War, which was captured in gory detail for United States television audiences, stirring strong, sometimes violent anti-war demonstrations among younger generations. Nor are we trivializing the civil rights movement, for which TV news networks became the "chosen instrument of the revolution." (Indeed, the revolution was televised.) Certainly both of these examples exemplify moral panic, but neither are trite.

In this case, overblown moral panic was tangled up in technology via general outrage aimed at two factions of British youth: The Mods and the Rockers. Both applied their everyday stylings to sleek, reasonably-affordable tech, such as motorbikes and mopeds. The added freedom granted by additional mobility was too much for the older generations, however.

The Mods didn’t really get on with the old guard of the Rockers, and so of course it all spiraled out into legendary riots, which may or may not have been a bit of pushing and shoving, depending on who you ask.

1970s and 80s: dungeons and the occasional dragon

Wild times spanned two whole decades as Dungeons & Dragons somehow went from “cool role-playing game” to "this is a GATEWAY TO SATANISM!" The same moral outcry resulted from kids listening to heavy metal on record or cassette, with parents and lawyers arguing that an Ozzy Osbourne song made some teens kill themselves.

Evangelical groups decided that even dabbling in low tech tools and a little imagination could be a really bad thing. Youngsters thinking outside the box and making it up as they go along was enough to cause the kind of satanic panic reserved for actual Satanists.

Even as recently as 2010, you can see D&D making waves in prisons, which is pretty impressive for a game involving dice and a few bits of paper. And while 2016's Stranger Things may have romanticized 1980s D&D playing, it's still, interestingly enough, shown in relation to the occult. This is all, clearly, a little bit silly but nowhere as near as silly as things are about to get as we head into the 1990s.

Early '90s tech—besides its briefcase-sized car phones, fax machines, and dot matrix printers—was mostly characterised by the emergence of cybery things online. Cyberpunk, hacking, and the newfangled world of the world wide web generally provided massive opportunities for kids to realise their creativity. At the same time, lots of parents were sent into a panic about their kids spending all hours in front of the screen, messaging strangers in AOL group chats.

Steve Jackson Games, who made games ON computers but designed them FOR pen and paper, made extensive use of technology and also ran a bulletin board system (BBS) focused on all sorts of sci-fi/tech/fantasy topics with the (possibly unfortunate) name Illuminati BBS.

In the first week of March, 1990, the US Secret Service raided the office of SJG, along with the home of one of its employees, in one of the most famous raids of all time. Before we go any further, here’s a myth-busting list about the raid, which will immediately set straight some fact from fiction.

Read that? Good. Amongst the files and computers taken was GURPS Cyberpunk, and this went about as badly as you might think in the middle of a suspected computer crime raid. Law enforcement were apparently so baffled by this strange new world of innovation that they thought it was a “handbook for computer crime.” As one does.

The story dragged on for some time and nearly put SJG out of business, which is remarkable when you think about the severity of the actions taken versus the absolute nothing burger inside the SJG offices. Don’t worry, though, I’m sure things will be much more sensible as the 2000s progress.

You probably know what’s coming, but the gradual ramp-up in computing technology takes aspects of previously-discussed moral panic and puts them in a blender, firing out at least 20 years worth of "video games will make your kids stupid/violent/unable to focus/generally altogether evil/ruined forever." In fact, there’s a splash of moral panic pretty much anywhere teens and technology intersect today.

In cinema, many censorship laws were somewhat relaxed leading to unedited, full editions of older films being released. The spectre of so-called video nasties from the 1980s lived once more, leading to yet more worried expressions as older teens wandered off to cinemas.

Well, perhaps not the only apex predator. Time to go back to the start of this blog and take a look at this controversial poster all over the news.

The poster in question was produced by the West Midlands Regional Crime Unit, and is one of those “What’s on your child’s computer?” efforts, which seems to come around every so often. If you see one of the tools on the list, you’re supposed to wonder if Little Jimmy has been breaking into banks every evening instead of 360 degree no-scoping a 38-year-old.

The problem is, it’s all a bit silly and outdated.

Anyone who’s been into a school anytime in the last few years should be fully aware that technology is a big driver of lessons. I have relatives whose kids regularly ask me about security because it's quite literally part of their lessons.

Questions about password usage, security tips, ways bad people try to trick you, the tools they use, and the ways you can protect yourself all factor in. Unlike a decade or so ago in many locations, there are actual degrees that contain actual Internet security modules. I regularly go into universities and give talks on infosec for students soon to graduate. A lot of the time they have better technical knowledge than me in specific areas, and I’d be surprised if they didn’t.

I’ve personally been asked about TOR, Kali Linux, and Virtual Machines by another younger relative with an interest in computers. Am I suddenly reaching for the telephone because I think they’re about to hack the planet? Of course not.

Many, many people work in technology with a lot of these tools for reasons utterly unrelated to security. Virtual machines are not the exclusive preserve of getting up to no good, and it’s odd to think folks out there might only consider them in these terms.

Possibly the most baffling inclusion on the poster is Discord, a chat app massively popular in gaming and streaming circles because it’s "a popular communication platform often used to share hacking tips." I mean, you may as well say "…and so is any other technology that’s ever been rolled out for distribution." It’s such a wide-ranging, over-generalising sweep of a statement, I can only just about process it.

My advice is to take an interest in your children’s technology dabbling because it’s now an integral, massively important part of their daily learning experience and not because they’re about to go off and blow up a power station. This importance will only increase over time, so by all means invest in some security and hacking books and maybe even an old copy of GURPS Cyberpunk.

You may even get a kick out of it yourself.