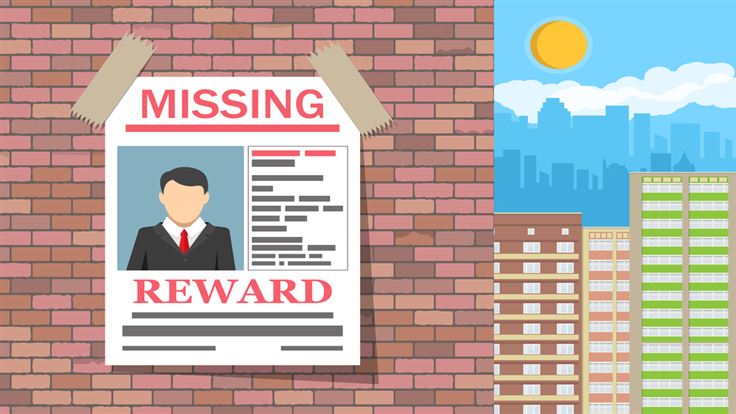 Missing person scams: what to watch out for

Missing person alerts can be a prime source of inspiration for scammers looking to turn a quick buck. We explore some of the techniques used to further ill-gotten gains.

Social media has a long history of people asking for help or giving advice to other users. One common feature is the ubiquitous “missing person” post. You’ve almost certainly seen one, and may well have amplified such a Facebook post, or Tweet, or even blog.

The sheer reach and virality of social media is perfect for alerting others. It really is akin to climbing onto a rooftop with a foghorn and blasting out your message to the masses. However, the flipside is an ugly one.

Social media is also a breeding ground for phishers, scammers, trolls, and domestic abusers working themselves into missing person narratives. When this happens, there can be serious consequences.

"My friend is missing, please retweet..."

Panicked, urgent requests for information are how these missing person scams spread. They’re very popular on social media and can easily spread across the specific geographically-located demographic the message needs to go to.

If posted to platforms other than Twitter, they may well also come with a few links which offer additional information. The links may or may not be official law enforcement resources.

You may well receive a missing person notice or request through email, as opposed something posted to the wider world at large.

All useful ways to get the word out, but also very open to exploitation.

How can this go wrong?

The ease of sharing on social media is also the biggest danger where missing person requests are concerned. If someone pops up in your timeline begging for help to find a relative who went missing overnight, the impulse to share is very strong. It takes less than a second to hit Retweet or share, and you’ve done your bit for the day.

If you’re not performing due diligence on who is doing the sharing, this could potentially endanger the person in the images. Is the person sharing the information directly a verified presence on the platform you’re using, or a newly created throwaway account?

If they are verified, are they sharing it from a position of personal interest, or simply retweeting somebody else? Do they know the person they’re retweeting, or is it a random person? Do they link to a website, and is it an official law enforcement source or something else altogether?

Even if the person sharing it first-hand is verified or they know the person they’re sharing content  from, that doesn’t mean what you’re seeing is on the level.

What if the non-verified person is a domestic abuser, looking for an easy way to track down someone who’s escaped their malign presence? What if the verified individual is the abuser? We simply don’t know, but by the time you may have considered this the Tweet has already been and gone.

When maliciousness is "Just a prank, bro"

Even if the person asking to find somebody isn’t some form of domestic abuser, there’s a rapidly sliding scale of badness waiting to pounce. Often, people will put these sorts of requests out for a joke, or as part of a meme. They’ll grab an image most likely well known in one geographic region but not another, and then share asking for information. This can often bleed into other memes.

“Have you seen this person, they stole my phone and didn’t realise it took a picture” is a popular one, often at the expense of a local D-list celebrity. In the same way, people will often make bad taste jokes but related to missing children. To avoid the gag being punctured early, they may avoid using imagery from actual abduction cases and grab a still from a random YouTube clip or something from an image resource.

A little girl, lost in Doncaster?

One such example of this happened in the last few weeks. A still image appeared to show a small child in distress, bolted onto a “missing” plea for help.

Well, she really was in distress…but as a result of an ice hockey player leaving his team in 2015, and not because she’d gone missing or been abducted. There’s a link provided claiming to offer CCTV footage of a non-existent abduction, though reports don’t say where the links took eager clickers.

A panic-filled message supplied with a link is a common tactic in these realms. The same thing happened with a similar story in April of 2019. Someone claimed their 10-year-old sister had gone missing outside school after an argument with her friend. However, it didn’t take long for the thread to unravel. Observant Facebook users noted that schools would have been closed on the day it supposedly happened.

Additionally, others mentioned that they’d seen the same missing sister message from multiple Facebook profiles. As with the most recent fake missing story, we don’t know where the link wound up. People understandably either steered clear or visited but didn’t take a screenshot and never spoke of it again.

"My child is missing": an eternally popular scam

There was another one doing the rounds of June this year, once more claiming a child was missing. The seemingly US-centric language-oriented page appeared for British users in Lichfield, Bloxeich, Wolverhampton, and Walsall. Mentioning “police captains” and “downtown” fairly gave the game away, hinting at its generic cut and paste origins. The fact it cites multiple conflicting dates as to when the kidnapping took place is also a giveaway.

This one was apparently a Facebook phish, and was quite successful in 2020. So much so, that it first appeared in March, and then May before putting in its June performance. Scammers continue to use it because it's easy to throw together, and it works.

It’s not just scammers taking the lead and posting fake missing person scam posts. They’ll also insert themselves into other people’s misery and do whatever they can to grab some ill-gotten gains. An example of this dates to 2013, where someone mentions that they’d tried to reunite with their long-lost sister, via a “Have you seen this person” style letter.

The letter was published in a magazine, and someone got in touch. Unfortunately, that person claimed they held the sister hostage and needed to pay a ransom. The cover story quickly fell apart after they claimed certain relatives where dead when they were alive, and the missing person scam was foiled.

Here’s a similar awful scam from 2016, where Facebook scammers claimed someone’s missing daughter was a sex worker in Atlanta. They said she was being trafficked and could be “bought back” for $70,000. A terrible thing to tell someone, but then these people aren’t looking to play fair.

Some of these fakes will find you via post-box, as opposed merely lurking online. There have been cases where so-called “recovery bureaus” drop you a note claiming to be able to lead you to missing people. When you meet up with arranged contacts though, the demands for big slices of cash start coming. What information they do have is likely publicly sourced or otherwise easily obtainable (and not worth the asking price).

Helping people is great and assisting on social media is a good thing. We just need to be careful we’re aiding the right people. While it may not always be possible for a missing person alert to come directly from an official police source, it would be worth taking a little bit of time to dig into the message, and the person posting it, before sharing further.

The issue of people going missing is bad enough; we shouldn’t look to compound misery by unwittingly aiding people up to no good.