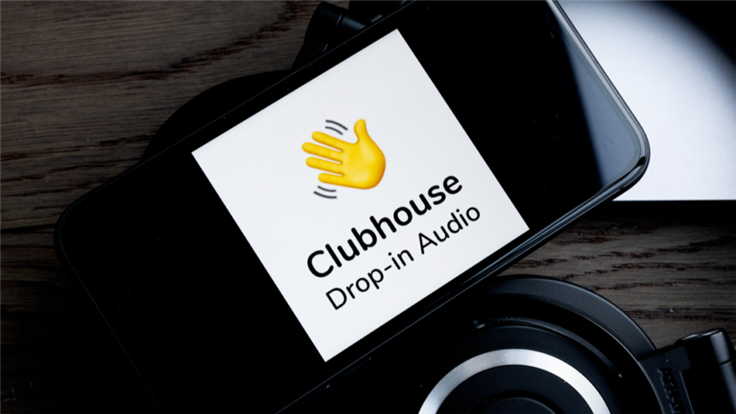 Clubhouse under scrutiny for sending data to Chinese servers

The audio-chat app Clubhouse is the latest rage in the social media landscape. What is it, and can we trust it?

Clubhouse was launched about a year ago and was initially only used by Silicon Valley’s rich and famous. It is different from other social media in that it focuses on the spoken word. Clubhouse members can enter virtual rooms to listen in or participate in live conversations. The conversations can only be joined when they are live and the people having the conversation determine who is allowed to listen and who can talk.

The Clubhouse app is freely available for download to every iPhone user, and an Android version is in the pipeline, but participation is kept exclusive by making it invitation only.

Every new user only gets a few (initially only two) invitations to give away. The developers claim it was done this way to allow for a controlled growth, so as not to overload the server infrastructure. Whether by design or coincidence, this also seems to work as a clever marketing scheme. Deep down, we all want to be part of the club of cool kids.

As a member you can select the subjects you are interested in and apply to be allowed in on conversations about those subjects. The conversations are not saved by the app, so the idea is that you “had to be there” to know what they talked about. But in the digital world thinking that some information is gone for good is very often an illusion. What's to stop someone from recording a conversation they're in?

Recently Clubhouse went viral among Chinese-speaking audiences. But as soon as the Chinese government became aware of political discussions on the app, it was abruptly blocked by the country’s online censors, on Monday February 8, 2021. This line of events made some researchers wonder how private the conversations really were.

An investigation by the Stanford Internet Observatory found that some of the back-end infrastructure for the Clubhouse App was provided by Agora. Agora is a Shanghai-based start-up, with US headquarters in Silicon Valley, that sells a “real-time voice and video engagement” platform for other software companies to build upon. Exactly what Clubhouse needed to roll out their app.

In their blog Clubhouse in China: Is the data safe? the Stanford Internet Observatory (SIO) team unravels the ties between Clubhouse and Agora and speculates not why the Chinese government banned the app, but rather why it took them so long.

According to the article "SIO has determined that a user’s unique Clubhouse ID number and chatroom ID are transmitted in plaintext, and Agora would likely have access to users’ raw audio … It is also likely possible to connect Clubhouse IDs with user profiles."

In a series of tweets one of the team members, Alex Stamos, adds:

“We found Chinese servers being used even for conversations that only involved Americans.”

He goes on to say that neither Agora, nor another Chinese supplier, EnjoyVC, are listed as data sub-processors in the Clubhouse privacy policy.

Alex Stamos is adjunct professor at Stanford University's Center for International Security and Cooperation. He is also the former chief security officer at Facebook, so he does know a thing or two about social media.

Clubhouse’s reaction to the analysis done by the Stanford Internet Observatory was:

“Clubhouse is deeply committed to data protection and user privacy.

We designed the service to be a place where people around the world can come together to talk, listen and learn from each other. Given China’s track record on data privacy, we made the difficult decision when we launched Clubhouse on the App Store to make it available in every country around the world, with the exception of China. Some people in China found a workaround to download the app, which meant that—until the app was blocked by China earlier this week—the conversations they were a part of could be transmitted via Chinese servers.

With the help of researchers at the Stanford Internet Observatory, we have identified a few areas where we can further strengthen our data protection. For example, for a small percentage of our traffic, network pings containing the user ID are sent to servers around the globe—which can include servers in China—to determine the fastest route to the client. Over the next 72 hours, we are rolling out changes to add additional encryption and blocks to prevent Clubhouse clients from ever transmitting pings to Chinese servers. We also plan to engage an external data security firm to review and validate these changes.

We welcome collaboration with the security and privacy community as we continue to grow. We also have a bug bounty program that we operate in collaboration with HackerOne, and welcome any security disclosures to be sent directly to security@joinclubhouse.com.”

Countered by Alex Stamos with:

“We found that the use of Shanghai-based Agora is fundamental to the function of the app and building logical and technical controls between the US and PRC infrastructure will be extremely complicated.”

Meaning that not only is the Chinese infrastructure essential for Clubhouse at this point, but it will also prove to be hard to keep the US traffic away from it.

As TikTok discovered last year, popularity comes with scrutiny. The Stanford Internet Observatory report is interesting but it isn't a poof of malice. It should help Clubhouse improve its privacy and security though, and Clubhouse will be under no illusion that people are watching it closely on both sides of the Great Firewall.

Our advice is to treat Clubhouse the same way you do with every social media app. Once you release information on social media it is out of your control and you should treat it as if it's freely available. It is up to each user to decide much information they are willing to share about themselves. It is not always easy to balance the scales between privacy and social interaction. But it is better to be aware of the risks and not invest your trust in a social media app, just because it is cool to be a part of. Or just because they claim to value data protection and user privacy.