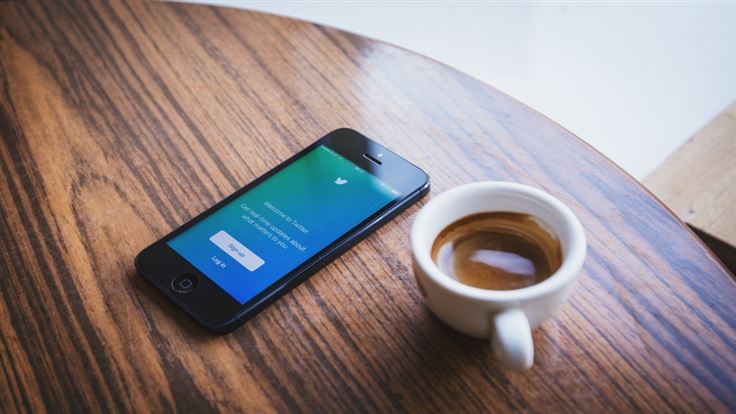 Twitter takes aim at the chaos, clutter and trolls with new feature concepts

We look at some potential changes to the Twitter platform, designed to reduce clutter in your replies and remove trolls to boot.

Twitter is potentially looking to add some new features to combat specific forms of abuse and / or aggravation on the platform. They’re still at the design stage, but they’re asking for feedback and it seems this will happen down the line. With that in mind, let’s take a look at what they’re up to.

This slightly clunky term is based around the Twitter-specific concept of “my mentions”. In other words, your reply tab which is surely filled with wonderful things. On the off chance that it isn’t, this can help. Twitter conversations tend to draw people in like inexorable whirlpools of terror. Perhaps someone you know tagged you into a random conversation because they thought you may be interested. That’s usually fine. It’s not fine when tagging you in is to encourage abuse.

Whatever your pickle, this is the fix. Currently, there is no way to remove yourself from a conversation. “Please untag me”, goes the cry of those in Twitter purgatory. “Oh no, you haven’t untagged me and I’m still being copied in to dozens of awful messages” goes the second cry. “It’s been 8 hours and a thread which was originally about cakes is now something to do with World War 2. Please help” goes the final cry before the phone is hurled out of the window.

When muting isn't a solution

The current solution to this is the mute option. In theory, you hit the “mute conversation” button and it’s removed from view. It doesn’t matter how many replies it gets, or how many people send you a message: they’re all invisible, forever.

That’s the theory. In practice, the mute option is notoriously buggy. If you have a spider phobia, you can mute the word spider. It doesn’t mean the word won’t randomly break through the mute and show you some sort of horrendous spider content. If you mute a user who annoys you, Twitter may still randomly show you future replies or tweets. Mute a conversation? You can try. If you’re in a very viral conversation (whether you started it or joined later), these too will occasionally break the mute and pop back into your timeline.

Being able to “unmention” yourself, though? This is an additional string in the “please leave me alone” bow. If you’re able to drag yourself out of a thread, it’s possible the conversation will be gone for good. There’s an additional benefit here over muting. When you mute, it’s supposedly gone forever. This isn’t helpful if there are parts of the discussion you may want to revisit at a later date. If they can get this working, it promises to be very useful while avoiding the problem of having your replies tab hammered by unwanted noise.

If you’re fed up with people jumping in to send you nasty messages, you’ll be able to prevent them tagging you in ever again with this proposed feature. The moment they start typing out your username, they’ll be told that [username] can’t be “mentioned” (sent a message). The image shows the potential nasty person sending a message directly, like so:

@[username] did you know that thing you like is actually really awful? You should! And now I’m telling you all about how much I hate it! Hooray!

It’s not clear if this would work for dropping someone into the middle of a message like:

You know what I hate? Those things that @[username] enjoys. Wow, are those some really terrible things that you like! Wow! Terrible!

Currently, the only option is to block. Blocking stops someone from sending you messages directly, but it doesn’t prevent the “drop someone’s username into the middle of a tweet” activity outlined above. As a result, they can still drive bad traffic to the victim. Stopping people from doing this would be a very useful thing indeed.

This doesn’t seem particularly different from the last option. The only real difference I can see is that you can essentially shut down people’s ability to mention you for 1, 3, or 7 days. A good option for when your replies section is completely out of hand.

Twitter was initially designed for letting small groups of friends know what you were up to via mobile. It’s morphed into a discussion platform over the years. On any given day, there’s millions of conversations about any subject you care to mention. The only problem is, it’s frequently unsuited to said conversations taking place because of, among other things, a lack of controls over who’s dropping you in or out of discussions, and an inability to keep your replies free from harm.

The moment you do a good Tweet and it goes viral, the platform is essentially unusable for a few days until things calm down. You’re DDoS’ing yourself off Twitter by virtue of being good at it. Even verified accounts, who have additional options regular users don’t have, find it impossible to get around this. The moment dozens, hundreds, or thousands of replies appear all at once? Good luck, see you in three days.

This is similar to the above proposed setting, except it tells you how many times you’ve been mentioned in a short space of time and then allows you to specify who, exactly, can mention you.

Closing thoughts on the proposed changes

As you can see, Twitter is trying to add some nuance to dealing with abuse and clutter generally. My sense here is that some sorely needed flexibility is on the way; we just need to see how long it takes to implement.

There’s still a few areas in all this that don’t seem to be addressed yet.

For example, Twitter allows you to restrict how you can reply to tweets already. For example, I can set it to followers only, or people who I follow back. If someone dislikes your tweet, they’ll bypass restrictions by quote tweeting you. I don’t know if the new additions would prevent that from being possible.

Either way, expect to see more wrinkles ironed out over the coming weeks / months. Let's see if Twitter can finally plug some of the more creative ways people have of causing chaos on the social media platform.