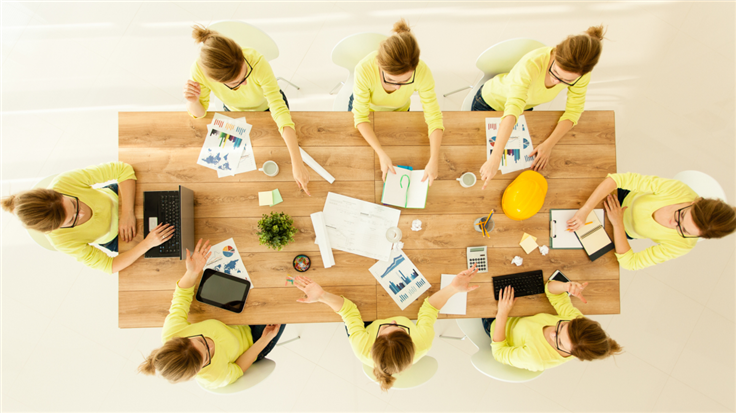 It may seem trivial for the NSA to provide guidance in this field, but maybe if even the NSA are saying it people might actually start paying attention!

By releasing an information sheet that provides guidance on securing wireless devices while in public (pdf)—for National Security System, Department of Defense, and Defense Industrial Base teleworkers—the NSA has provided useful information on malicious techniques used by cyber actors, and ways to protect against them.

And anyone that does not belong to that group of teleworkers can still take advantage of the knowledge it has shared!

While the NSA's advice and best practices aren't a guarantee of protection, they will hep to reduce the risks you face while you're out and about. The most obvious advice in the information sheet is not to use public Wi-Fi hotspots when more secure options are available. Use a corporate or personal Wi-Fi hotspot with strong authentication and encryption whenever possible, use HTTPS and a VPN when it isn't.

Even if a public Wi-Fi network requires a password, it might not encrypt traffic going over it. And even if the Wi-Fi network does encrypt the data, malicious actors can decrypt the captured data if they know the pre-shared key. In either case, the network traffic (including login credentials) is easily captured using a couple of methods:

Masquerading occurs when the name or location of an object, legitimate or malicious, is manipulated to evade defenses and/or observation. For example, in this context it means that a cyber-criminal might broadcast an SSID (the name of a wireless network) that looks legitimate just to trick you into using their Wi-Fi hotspot.

As we have discussed before, anyone can spoof a well-known SSID and your device will happily connect to it again if it’s connected to an open SSID with the same name before. Once you are connected to this malicious hotspot masquerading as one you've used before, its operator can redirect you to malicious websites, inject malware or ads, and spy on your network traffic.

Network sniffing refers to using the network interface on a system to monitor or capture information sent over a wired or wireless connection. Adversaries can join a network and "sniff" the traffic passing over the wireless network, capturing information about the environment and the traffic of other Wi-Fi users, including authentication material passed over the network.

You can't stop masquerading or network sniffing, but you can make the useless to an attacker by adding a layer of encryption to your traffic with a VPN. The NSA strongly advises using a personal or corporate-provided virtual private network (VPN) to encrypt the traffic.

The NSA rightly warns that in addition to Wi-Fi, cyber actors may also compromise other common wireless technologies, such as Bluetooth and Near Field Communications (NFC). The risk isn't merely theoretical since these malicious techniques are publicly known and in use.

NFC is the technology behind contactless payments and other close device-to-device data transfers. As with any network protocol, there may be NFC vulnerabilities that can be exploited although due to NFC range limitations, opportunities to exploit vulnerabilities are limited.

The information sheet goes on to provide some do’s and don’ts. Most of them are very generic and you will probably have read them many times before. We are sure we have listed them ourselves time and again.

That doesn't mean they're bad advice though, and it suggests that some people aren't paying close enough attention, so here goes:

While it may seem trivial for the NSA to provide guidance in this field, since most security professionals have given up hope that we’ll ever learn, it just may be that when it comes from a source like the NSA people might actually start paying attention. So, while most of the advice will look familiar, hearing it for the umpteenth time might actually persuade someone to follow it.