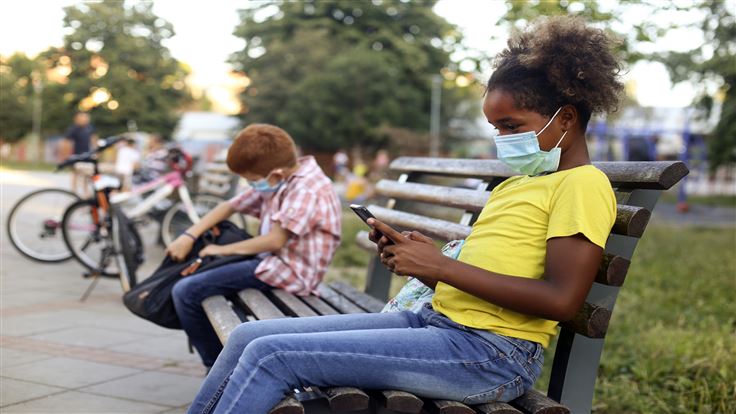 It's called No Place To Hide, and they are not against E2EE. They just want kids to be safe online without compromising privacy.

The many issues surrounding end-to-end encryption (E2EE) are ever-present. They usually spring up when something that could potentially affect the safety of those who are vulnerable comes to light.

Back in November, Meta announced it had delayed plans to roll out E2EE on its Facebook and Instagram platforms until 2023, because the company needed more time to "get this right". Not surprisingly, the UK government has been deeply concerned since it was first announced in 2019.

Child predators were busy in 2021

The campaign is supported by Barnardo's, the UK's largest national children's charity; The Lucy Faithfull Foundation, a charity that focuses on abused children; The Marie Collins Foundation, a charity that focuses on children abused using technology and the internet; and SafeToNet, a "cyber-safety company" that develops apps to keep online threats, such as cyberbullying, sexting, and aggression, against children at bay.

Child predators could be anywhere, especially online. And in a recent revelation from the Internet Watch Foundation (IWF), 2021 is most noteworthy as "the worst year on record for child abuse online" due to pandemic lockdowns. The IWF dealt with 361,000 cases just last year, a staggering 25,442 more than the 335,558 cases the foundation assessed in total during its first 15 years of service.

Younger and younger children have been targeted as they spend more time online, leaving them ever more vulnerable to communities of criminals eager and willing to manipulate them into capturing sexual abuse imagery via their own webcams. These are deemed "self-generated material" and, more often than not, they are freely exchanged in the open web.

"Children are being targeted, approached, groomed, and abused by criminals on an industrial scale," says Susie Hargreaves OBE, Chief Executive of the IWF, in a press release, "So often, this sexual abuse is happening in children's bedrooms in family homes, with parents being wholly unaware of what is being done to their children by strangers with an internet connection."

And one of the things that probably keep child predators from getting caught is E2EE. Speaking to the BBC, a spokesperson from No Place To Hide has said that E2EE apps being rolled out would be "like turning the lights off on the ability to identify child sex abusers online."

Although this may sound like the coalition is against E2EE, they're not, "as long as it is implemented in a way that does not put children at risk." They also said they are in full support of strong privacy and children's online safety, and urge social media sites to protect both.

"We want social media companies to confirm they will not implement end-to-end encryption until they have the technology in place to ensure children will not be put at greater risk as a result," No Place To Hide's campaign website states. "They need to show that the changes will not make it easier for child sex abusers to groom children; make, share, or view sexual images of children; and avoid detection by law enforcement agencies."

The upsides and downsides of using E2EE

There is no denying that end-to-end encryption has been essential—life-saving, even—in keeping the exchange of data and information private with only the sender and receiver able to read the messages between them. Not only has it made online banking possible, it protects people from scams, hacking attempts, fraud attempts, surveillance, and potential breaches.

Children, too, can benefit from using E2EE. Encryption protects them from tech and social media companies, for example, who are keen at gathering data, profiling their users, and targeting them for advertising purposes. Furthermore, E2EE gives children the safe space they need to just express themselves without fear of judgment.

On the flip side, law enforcement, governments, and service providers where E2EE is incorporated would not be able to access data that might be essential in their intelligence gathering efforts in the name of national security. This, along with child safety, is one of the two linchpin arguments that keeps the fight against E2EE alive, and many governments and international committees are backing it.

Parents and carers, take the lead

The distribution and promotion of child sexual abuse material (CSAM) online is a huge problem that every nation needs to address. But is it really at the cost of compromising end-to-end encryption—and to a larger degree, our privacy?

Everyone needs to be protected online, especially the most vulnerable members of our society. And everyone should be able to use E2EE and be given the option to stay anonymous. Unfortunately, the bad guys also benefit from good things created for everyone. And breaking the very technology that is designed to protect us from all sorts of threats online is no better than not having any form of protection at all.

We feel for the parents and carers who may find themselves in the middle of this now-political battle concerning everyone's online privacy and the safety of their children. What are they to do?

If you think your child is old enough to be left alone, even for a little while, to use the Internet on their own, wouldn't now be the perfect time to talk to them about the possible dangers they could meet online? Perhaps more than having E2EE, they need the proper guidance of their parents on how to navigate the web and how to interact with other people online. Not only that, young and pre-teen children need hands-on intervention, if certain situations call for it.

We encourage you to work together towards keeping your children secure wherever they are online.