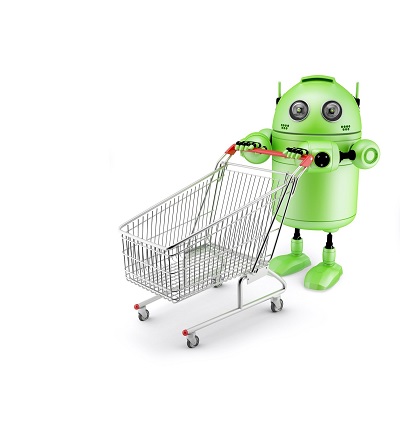 We take a look at upcoming changes in Android land which could see a lot of old, unsupported apps slowly fading from public view.

Starting very soon, old and outdated apps on the Google Play Store will no longer be available to download. A major clearout is coming, and if you’re an app developer it may be time to overhaul your product or face Android-centric oblivion.

Android makes use of APIs (application program interfaces) as a way of helping to figure out what runs where, as well as how apps work alongside security measures and other features.

What we have is a sliding scale for apps becoming increasingly outdated and unsupported. Lag behind too much, and you may have a problem.

In other words: do you own an old Android phone? You may find that newer versions of apps simply refuse to install. The older devices are essentially trying to play catch-up, with applications increasingly outrunning them. This is perfectly normal, as newer apps rely on more modern features and functionality that old Android OS versions simply cannot handle.

By the same token, old outdated apps are increasingly discouragedfrom running on newer devices. Android is tightening restrictions on old apps in order to keep users secure, via their target API level policy.

Android’s target API level is the previously mentioned sliding scale for applications. Google doesn’t want you running a bunch of very old and potentially insecure apps on your device.

Current requirements expect new apps and updates to target an Android API level “within one year of the latest major Android OS version release”. As a result, any app which falls behind this level requirement can’t be published on Google Play. This is all about to change.

From November 1, as per the Android blog:

"Existing apps that don’t target an API level within two years of the latest major Android release version will not be available for discovery or installation for new users with devices running Android OS versions higher than apps’ target API level. As new Android OS versions launch in the future, the requirement window will adjust accordingly."

The requirement for apps to focus on API levels inside of one year within the most recent OS has been for new apps only, up to this point. The changes coming in November broaden this out quite a bit. From that point on, allapps will be required to keep up with a Target API within two years of the most recent OS. New? Old? Already in the store? It no longer matters. You’ll have to play by the rules if you want to remain visible and updated.

All my apps gone?

Not exactly. It isn’t the case that all of these old apps will just vanish completely into the ether. Going back to the Android blog:

"Current users of older apps who have previously installed the app from Google Play will continue to be able to discover, re-install, and use the app on any device running any Android OS version that the app supports."

Depending on your current mobile situation, you should in theory be able to reinstall apps you simply can’t do without. Your old apps will still work with your old phone. At some point though, you may simply have to move on to app pastures new as the future ultimately looks bleak for the abandoned and the no-longer-updated.

Despite these fairly major changes in Android land, developers now have quite a bit of time to figure out what to do with their apps. We can safely assume anything not updated by the time two years rolls around is probably fine to be hidden from view.

This feels like a fairly flexible setup for devs to get their app affairs in order, especially given they can ask for a six month extension should they need more time for migration. The timer is most definitely ticking, but this is ultimately what’s best for keeping Android owner’s security and privacy at the forefront of Play Store activities.