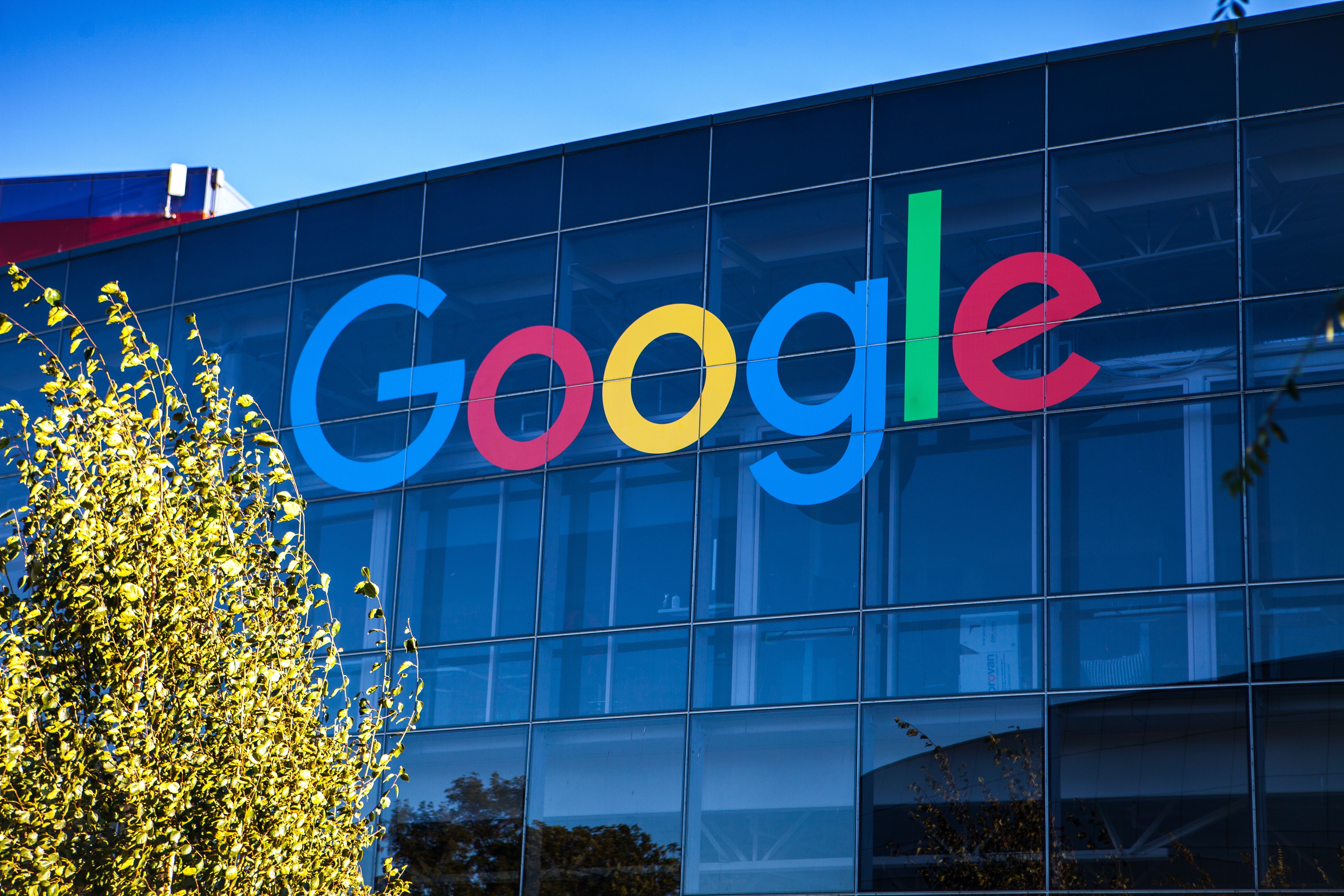 How to remove Google from your life

Google and all its products can dominate the average person's life. Here's an in-depth guide on how to remove yourself from their ecosystem.

Swearing off a company used to be easier. Rude customer service, an unfortunate bout of food poisoning, even standing up for workers’ rights against the alleged involvement of a private company to order a country’s military to brutally quash a strike—almost every facet of an individual boycott could be satisfied by simply refusing to purchase a company’s products.

But such a move can be far more difficult to accomplish today, especially when you’re trying to sever your relationship with an Internet conglomerate. Tired of Facebook? Be sure to jump off Instagram and WhatsApp, too, which are both owned by the social media giant. Over Amazon? Good luck trying to navigate the web without landing on at least one site hosted by Amazon Web Services.

And what about Google?

The online behemoth has become so much more than a search engine, as it owns and produces hardware like Android phones, Google Pixel phones, Nest thermostats, and FitBit devices, while also operating Google Chrome, Google Mail, Google Calendar, Google Hangouts, YouTube, and Waze.

Saying goodbye to Google, then, isn’t as easy as refusing to buy an Android phone. It means likely changing several aspects of your life, including some that will affect the people around you.

Thankfully, this daunting task has already been taken on by the cybersecurity evangelist Carey Parker, who spoke recently on the Lock and Code podcastfrom Malwarebytes. According to Parker, it isn’t that he wanted to remove Google because he “hates” its products—if anything, he’s a fan. Instead, he wanted to start supporting other companies that will respect him and his data privacy.

“Google knows so much about us,” Parker said, explaining that Google makes the overwhelming majority of its revenue from online advertising, which it can only do because of how much data it collects from its users. “For me, it was about limiting as best I could how much information Google knows about me, removing as much as I can for things they already know about me, and then wanting to support companies who put privacy first.”

For anyone who has wanted to take a similar plunge into a Google-less life, here are some of the tips that Parker shared with us.

Start with the individual—Search, Chrome, and Android

Getting rid of everything Google product all at once could be a disaster, as there are simply too many services and products to track. Instead, Parker began the first steps of his experiment by only removing the products that directly affected him.

For Parker, that meant removing and finding new providers for Google Search and the web browser Google Chrome. When it comes to stepping away from Android devices, Parker found that easy—he’s been using iPhones for years.

In finding an alternative to Google Search, Parker offered two suggestions: DuckDuckGo and the search engine Startpage, both of which claim to refuse any user data tracking for revenue purposes. Instead, the companies say they serve purely contextual ads based on the searches themselves—like showing ads for Nike and Adidas for anyone looking for shoes—and they do not record or keep data on users’ specific searches. In fact, Parker said, Startpage actually works with Google to deliver search results, but the company tells users that it refuses to collect user IP addresses, device information, and browsing history.

“You don’t have to track people to make money,” Parker said, “and Startpage is proof of that.”

In looking for a different, privacy-focused browser, Parker suggested his personal choice, Mozilla’s Firefox, and also the up-and-coming browser Brave.

Bigger shifts with Gmail and GCal

Having found different solutions for searching and browsing the Internet, Parker said he then focused his attention on finding alternatives to Google services that impact those around him.

“[Google Search and Google Chrome were] the first tier, and then, the next one, which is harder—a lot harder, because it involves other people—are Google email and Google calendar, Gmail and Gcal,” Parker said, “I’ve got shared calendars with my family and I am not going to expect them to drop Google like I am trying to do, so for that reason, I’m going to be stuck there for a little while, but I can minimize it.”

After researching the many options out there, Parker found two email providers—one that fulfills much of Google’s functionality and integration with a calendar function, and another that provides end-to-end encryption on messages sent and received between users of the same program.

“[Fastmail] explicitly say they don’t mine your data, and they are privacy-focused even if they’re not end-to-end encrypted by default,” Parker said. “It’s a really great service and it has the full suite of email, calendar and contacts, among other things. I use it for all my business stuff and some personal stuff.”

For user who wish to prioritize security, Parker suggested ProtonMail, which, by default, provides end-to-end encryption for all emails sent between ProtonMail users. That means that even if your emails get intercepted by a third party along route, those emails cannot be read by anyone other than you and your intended recipient.

For users who want to take even more data out of Google’s view, there are just a couple final products to remove from the daily workflow. Those are the cloud storage service Google Drive and the cloud-based word processor Google Docs.

For each product, Parker encountered headaches and obstacles, but he managed to find alternatives that both respected his privacy and provided similar feature sets and functionality.

In finding a proper cloud storage platform, Parker recognized that some of the major players, such as Box and Dropbox, did not provide meaningful encryption for users’ data that would prevent the companies from scanning and gleaning information from user files.

Parker offered several suggestions depending on what users want most. If a user wants to securely send a private file to someone else, he recommended the online services Swiss Transfer and Mega, which can give users the option to set certain parameters on how they share a file, including how long a shareable link is active and whether the file requires a password to access.

For pure storage options, Parker recommended the service Sync.com because of its client-side encryption. Many of the cloud storage providers today, Parker explained, will promise to keep your data secure, but they will also hold the decryption keys to anything that you store on their servers.

“Machines will review the files that you have stored on these drives, either for advertising purposes or, a lot of times it’s for copyright violations,” Parker said. “They’ll look and see—are you trading movies or music with other people? And they’ll flag that and give you grief.”

But after extensive research, Parker found that Sync.com actually provided users with a type of encryption that the company cannot work around.

“[Sync.com is] end-to-end encrypted,” Parker said, “meaning that, even if behind the scenes, Sync.com uses Amazon Web Services, Amazon can’t see what my files are.”

As to finding an alternative to Google Docs, Parker said he struggled a great deal, simply because Google Docs works so well. After first trying to adopt a solution that Parker said is “secure, it’s private, it’s end-to-end encrypted—as far as checking boxes, it checks them,” Parker grew disappointed with the solution’s interface and its sluggish response time. Then, a second option called OnlyOffice was, as Parker put it, “not for the faint of heart” because of a high technical bar which could require renting out cloud servers.

The best, most accessible alternative, then, Parker said, is Skiff, which has an easy-to-use interface, but which only has a replacement for Google Docs, and not for the other, related tools, like Google Spreadsheets or Google Slides. Skiff’s tool can be found at Skiff.org.

Taking Google out of your life can be a long and complex process, but it doesn’t have to be hard at the very beginning. And remember, if you ever start to doubt what you’re doing, think about what made you want to start the process. If you’re anything like Parker, you’re motivated to keep your data private and out of the hands of a company that is making money off of you and your browsing habits.

“At the end of the day, we are in an age of surveillance capitalism,” Parker said, “and Google is a publicly traded company with a fiduciary responsibility to maximize profits for their shareholders. Absent privacy regulations in the United States, the financial incentives are just too great to ignore. That’s money off the table.”

Parker emphasized that until Google creates—and there’s no evidence this will happen—a version of its products that users can pay for with their own funds rather than with their own privacy, that users should assume that “at any moment, any Google product unfortunately can and probably will, somehow, monetize your data.”

As the saying goes, Parker said, “if the product is free, then you are probably the product.”

You can listen to our full conversation with Parker on the Lock and Code podcast below.