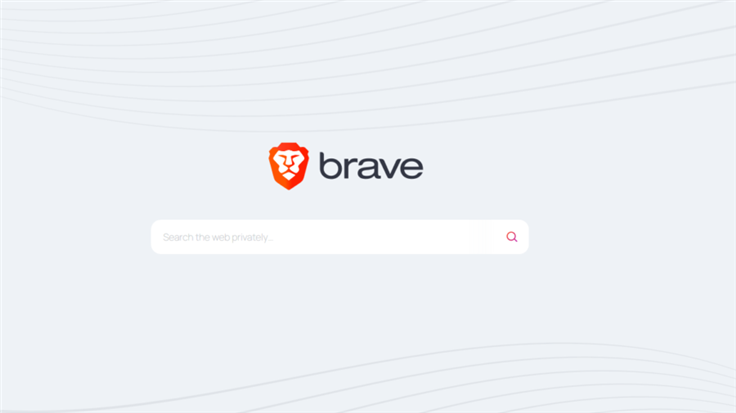 Brave Search, the privacy search engine you may not have heard of, is a year old and growing fast.

Brave Search, Brave Software's privacy search engine, just turned one. To celebrate, the company says it is moving the search engine out of its beta phase to become the default search engine for all Brave browser users.

In May 2015, Mozilla alumni Brendan Eich and Brian Bondy launched Brave Software. Its first product was the Brave Browser, a privacy-friendly, Chromium-based internet browser that automatically blocks ads and site trackers. In March 2021, the company launched Brave Search so it could use its own index to generate search results.

In a recent announcement, the company said its search engine had passed 2.5 billion queries since its release a year earlier. That was a staggering increase in a year, from 8.1 million search queries to 411.7M by May 2022. However, as impressive as that is, Brave Search (and the other privacy search engine, DuckDuckGo) are still lightyears away from challenging Google's hegemony. While Google enjoys a 92% market share, Brave has yet to break out of the search engine ranking's miniscule "other" category.

Besides a loyal following, one reason for Brave Search's fast growth is likely that it (mostly) avoids using third-party search indexes, such as Google and Bing. According to Brave's blog, 92 percent of queries users receive are directly from Brave's search index. The company admitted, however, that they will be pulling search results from other providers—Google in particular—if their index doesn't have enough data of its own.

Search engines that depend too much, or exclusively, on Big Tech are subject to their censorship, biases, and editorial decisions. The Web needs multiple search providers—without choice there’s no freedom.

Brave Search is currently ad-free, but the company has plans to work on an ad-supported version of Search. This will involve Brave Ads, Brave's adtech platform. Users who click these ads are rewarded 70 percent of the ad revenue.

While Brave is quick to claim that its query algorithms are unbiased, The Verge pointed out that all algorithms have inherent biases. But Goggles, a new feature, may help to mitigate this.

"Goggles will enable anyone, or any community of people, to create sets of rules and filters to constrain the searchable space and / or alter the ordering of search results," the browser company explains. "Essentially, Goggles will act as a re-ranking option on top of the Brave Search index."

The search team released a white paper on Goggles, detailing its features and showcasing how these work using examples. In a nutshell, Brave is giving its users access to information filtered by their own explicit biases. This means that users' preferences take precedence over Brave's preferences.

Brave presented benefits for both the average user and content creator:

"The benefit for the users is that they would be empowered to explore multiple realities in a straight-forward way. The point is to offer people the freedom to choose their own biases while being conscious of them."

"The benefit for the content creators is that they have multiple options to expose their content, by increasing their potential audience, which will reduce the need to optimize for the single set of biases implicitly encoded in the search engine's ranking."

The only downside to Goggles, so far, is that it's not as easy to use as you might think. You can't simply enter keywords or personalize preset filters. There is some coding involved, which might put off users without coding experience.

In addition to Goggles, Brave also released Discussions in April. This is a way to augment Brave Search results with actual conversations pulled from popular sites, all related to the search query.