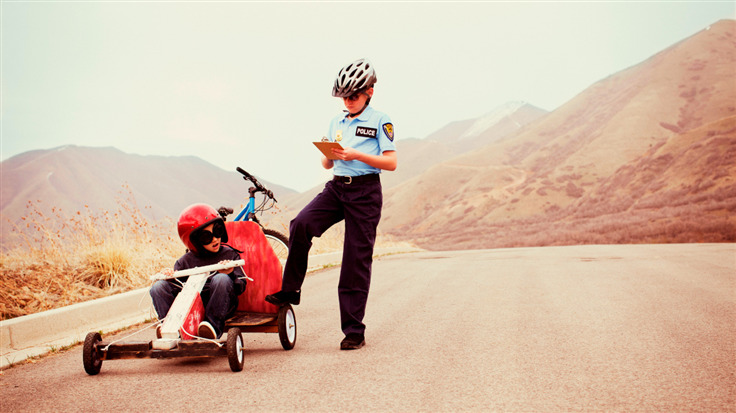 We take a look at reports of a fake "missing baby" hoax in circulation on Facebook.

Every so often, bizarre but oddly believable scams do the rounds on Facebook.

And so we have the latest: A tragic tale of a lost baby left outside the gate of someone’s house.

"Baby dumped at the gate of our house in

I can’t find her parents & my neighbors have no idea how she got here, please assist me in locating her parents"

There is an Elmwood Park in the UK, but the US spelling of “neighbors” immediately leaps out. It could just be a typo, but what are the chances of that happening? Yes, it could be someone from the US living in the UK making the post. On the other hand, USA Today’s sterling work rounding up multiple posts using the same photograph puts paid to this being remotely genuine. Either this baby is having a spectacular run of bad luck, or it's not real.

There’s an interesting switch around happening on a few of these posts. People report that in some instances, the lost and found baby posts are turning into adverts of one kind or another. Are these compromised accounts luring people in with lost babies (of all things) before switching to ads? Were they sock puppet accounts designed with the express intention of moving to advertising after a short period of time?

USA Today notes that something similar happened back in October in relation to a supposedly injured dog, something which itself has been bouncing around the internet for some years now.

No matter which corner of the internet you lurk on, you’ll eventually see the odd fake post or two. Subjects vary, but these are some of the key warning signs:

By keeping the above steps in mind when coming across potentially suspicious posts, you should be in a good position to steer clear of being sucked into a scam or furthering dubious content. Trolls and scammers are entirely reliant on us pushing their content in front of others, so it's important to make sure we do some fact checking before making bogus claims go viral.