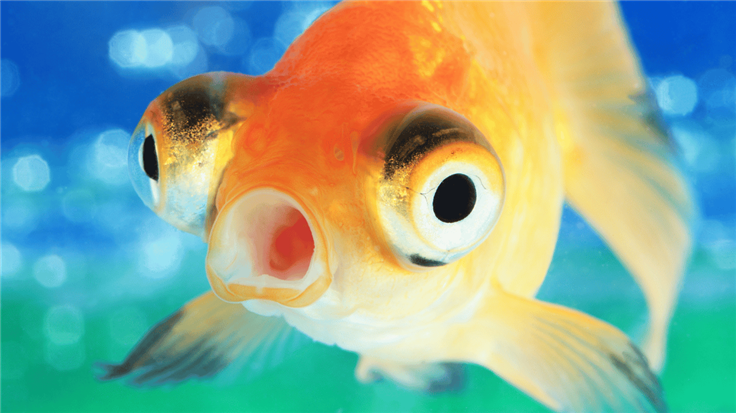 We take a look at an incredible tale of a fish who wouldn't stop until it made a credit card purchase while streaming a video game.

A fish is in hot water (metaphorically speaking) after having performed some incredible antics on a video game live stream. The fish, known for playing popular video game titles to completion on live streams, decided to take that whole gamer lifestyle thing a little too far and went on a rip-roaring crime rampage which came to a grand total of about 4 dollars.

Shall we take look? The answer, of course, is “Yes please, immediately”.

Gamers have long since made their streams more interesting than watching someone play a game. Some streamers make performance part of the act of playing the game, and use all manner of odd objects and accessories to play a title. For example, folks used ultrasonic sensors to play Trombone Champ with real and home made trombones. Someone else beat one of the toughest bosses in Elden Ring while using a Dance Pad.

Elsewhere, people make use of sensors and have their pets “play” video games. The star of our fishy tale has already completed an earlier version of Pokemon by using a grid corresponding to button presses tracked by a camera sending commands to a circuit board.  The fish completed the game in 3,000 hours, which to be fair is still a lot less than many people spend playing a massively multiplayer title.

The fish was due to thunder into action once more with the release of the newest Pokemon game. We’ve all heard the horror stories of unattended children spending vast fortunes on credit card purchases while the parents are out of the room. On this occasion, the child is fish shaped and the vast fortune is four dollars.

It still counts though.

How did our intrepid phish manage to get its fins on the four dollars in question, I hear you ask? Well, the owner hadn’t accounted for two horrible possibilities.

One: that the game would crash.

Two: that the game would crash while they were off doing something entirely unrelated to a fish playing video games.

While the owner is away, the Pokemon loving fish will play. When the game crashed, the Switch exited to desktop but the fish was still in control. Lots of random button presses eventually resulted in our fishy friend managing to perform the following incredible and hilarious actions:

Nintendo's store allows account holders to set various purchase restrictions for young children to prevent the kind of shenanigans highlighted up above. Purchases, content renewals, and even content visibility can all be set along with restrictions based on age. Your Nintendo-centric threat model may not have accounted for “gamer fish goes rogue” up until now, but here we are.

Please do not leave your Pokemon-conquering gamer fish alone with your console, and ensure the motion sensors are switched off when performing other tasks. You may return to find yourself, and your payment details, floundering.