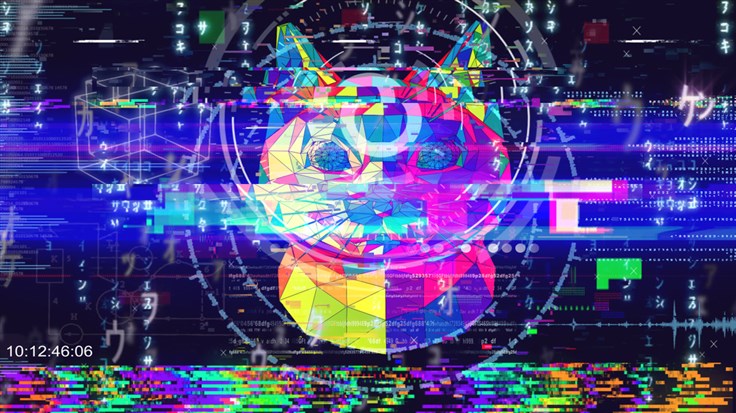 HelloKitty was a relatively unheard-of ransomware family—until it became involved in an attack against the Polish video game developer, CD Projekt Red, in early February.

On February 9, after discovering a compromise, CD Projekt Red (CDPR) announced to its 1+ million followers on Twitter that it was the victim of a ransomware attack against its systems (and made it clear they would not yield to the demands of the threat actors, nor negotiate).

Cyberpunk 2077, the latest game released by CD Projekt Red and once hailed as the “most anticipated game of the decade”, was released in December 2020 with many calling it an “unplayable mess”.

No surprise then that some people suspected that enraged gamers were hitting back at the company for releasing the game in that state. But infamous ransomware hunter Fabian Wosar (@fwosar), of Emsisoft begged to differ.

Although what he said was an informed claim, we cannot say for sure what hit CDPR until a ransomware sample is retrieved and analyzed. Nevertheless, the name-check was enough to put the HelloKitty ransomware family in the headlines.

CEMIG (Companhia Energética de Minas Gerais), a Brazilian electric power company, revealed on Facebook in late December 2020 that it was a victim of a cyberattack. Succeeding reports revealed that HelloKitty was the ransomware behind it, and that this ransomware strain was used to steal a large amount of data about the company. The attack didn’t cause any damage, however, but it caused the company to suspend its WhatsApp and SMS channels, and its online app service.

This ransomware family was named after a mutex it used called "HelloKittyMutex."

Some researchers refer to HelloKitty as DeathRansom—a ransomware family that, based on its earlier variants, merely renames target files and doesn't encrypt them. We speculate, however, that HelloKitty was built from DeathRansom. As such, Malwarebytes detects this ransomware as Ransom.DeathRansom.

The threat actors behind HelloKitty ransomware aren't as active as some other threat groups, so there is little information about it. Below is what we know so far.

According to SentinelLabs, current intelligence suggests that HelloKitty arrives via phishing emails or via secondary infection from an initial malware attack.

SentinelLabs also notes that if there are processes HelloKitty cannot terminate using these executables, it then taps into Windows’s Restart Manager to perform the termination.

2. Encrypted files with .KITTY or .CRYPTED file extensions. On Windows systems, HelloKitty ransomware uses a combination of AES-128 + NTRU encryption. On Linux systems, it uses the combination AES-256 + ECDH. These encryption recipes are not known to have any weaknesses, making decryption impossible without a key.

3. Targeted ransom note. The HelloKitty ransom note is usually a plain text file bearing either the name read_me_lkdtt.txt or read_me_unlock.txt that references its target and/or its environment. For a sample content of the note, below is a portion of the CEMIG ransom note as follows:

All your fileservers, HyperV infrastructure and backups have been encrypted!

Trying to decrypt or modify the files with programs other than our decryptor can lead to permanent loss of data!

The only way to recover your files is by cooperating with us.

To prove our seriousness, we can decrypt 1 non-critical file for free as proof. We have over 10 TB data of your private files, databases, personal data… etc, you have 24 hours to contact us, another way we publish this information in public channels, and this site will be unavailable.

The ransom note also includes a .onion URL that victims can open using the Tor browser. URLs are different for each victim.

4. Deleted shadow copies. Similar to other well-known ransomware families like Phobos and Sodinokibi, HelloKitty deletes shadow copies of encrypted files on affected systems to prevent victims from restoring them.