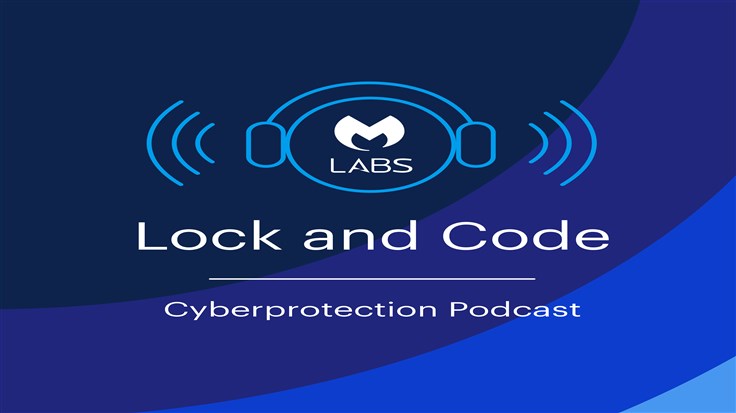 Have we lost the fight for data privacy? Lock and Code S03E16

This week on Lock and Code, we talk with some of the team behind Malwarebytes Labs about whether we've lost the fight for data privacy.

At the end of 2021, Lock and Code invited the folks behind our news-driven cybersecurity and online privacy blog, Malwarebytes Labs, to discuss what upset them most about cybersecurity in the year prior. Today, we're bringing those same guests back to discuss the other, biggest topic in this space and on this show: Data privacy.

Most recently, with the US Supreme Court's decision to remove the national right to choose to have an abortion, individual states have now gained control to ban abortion, which has caused countless individuals to worry about whether their data could be handed over to law enforcement for investigations into alleged criminal activity. Just months prior, we also learned about a mental health nonprofit that had taken the chat messages of at-times suicidal teenagers and then fed those messages to a separate customer support tool that was being sold to corporate customers to raise money for the nonprofit itself. And we learned about how difficult it can be to separate yourself from Google's all-encompassing, data-tracking empire.

None of this is to mention more recent, separate developments: Facebook finding a way to re-introduce URL tracking, facial recognition cameras being installed in grocery stores, and Google delaying its scheduled plan to remove cookie tracking from Chrome.

Today, on Lock and Code with host David Ruiz, we speak with Malwarebytes Labs editor-in-chief Anna Brading and Malwarebytes Labs writer Mark Stockley to answer one, big question: Have we lost the fight to meaningfully preserve data privacy?

The outlook, according to our guests, is bleak, and that isn't just because so much of our data is tracked today, but that we currently don't know whether the data that is tracked today could, sometime in the future, become data that is valuable in entirely new ways—much like how period-tracking data suddenly became far more sensitive following the overturning of Roe v. Wade in the United States.

That’s a big, big danger with this. That you can’t, you just can’t predict where your data is going to end up in the future, or how it mights be used against you. And the more data that is collected on you, and the more it’s aggregated, the more compounded that danger becomes.

Tune in to the latest episode of Lock and Code to hear about today's fight to preserve data privacy, what the future of data privacy could look like, and what our guests are doing today to preserve the data privacy of those around them, even if the forecast looks dim.