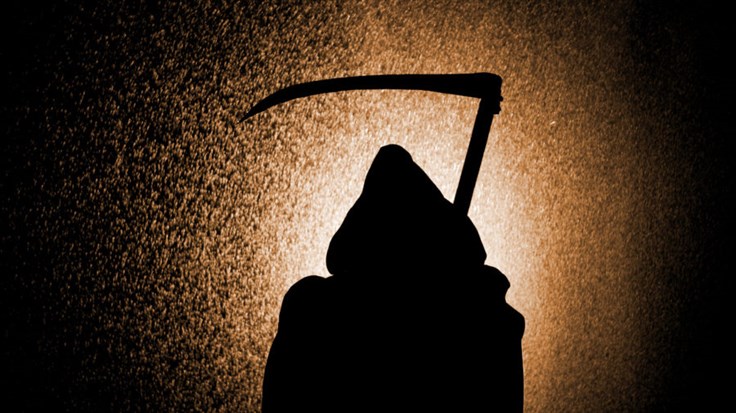 Conti ransomware group's pulse stops, but did it fake its own death?

The leak site essential to the operation of Conti ransomware has disappeared, but everything may not be as it appears.

The dark web leak site used by the notorious Conti ransomware gang has disappeared, along with the chat function it used to negotiate ransoms with victims. For as long as this infrastructure is down the group is unable to operate and a significent threat is removed from the pantheon of ransomware threats.

Ransomware gangs like Conti use the threat of leaking stolen data on their dark web sites to extort enormous ransoms from their victims, making the sites a vital cog in the ransomware machine.

While the cause of the site's disappearance isn't known for sure, and criminal dark web sites are notoriously flaky, there is good reason to suspect that Conti has gone permanently.

However, while anything that stops Conti from terrorising businesses, schools, and hospitals is welcome, the disappearance of its leak site is unlikely to make potential ransomware victims any safer, sadly.

As we explained in our May ransomware review, recent research by Advintel suggests that Conti has spent the last few months executing a bizarre plan to fake its own death. If that is what's happened, then the gang's members have simply dispersed to other ransomware "brands" that are either operated by the Conti gang or affiliated to it.

Conti—as bad as they come

The gang behind Conti ransomware (called WizardSpider, although rarely referred to by that name) is believed to be based in Russia, and first appeared in 2020. The FBI recently called it “the costliest strain of ransomware ever documented,” and the US Department of State is offering a reward of up to $10 million for "information leading to the identification and/or location of any individual(s) who hold a key leadership position in the Conti ransomware variant transnational organized crime group."

Conti has been used in a number of high profile attacks, including a devastating assault on Ireland's Health Service executive on May 14, 2021. The attack disrupted healthcare in Ireland for months and the recovery effort could end up costing the country more than $100 million.

The real cost of the attack was measured in human suffering though. Speaking to Malwarebytes Labs, a doctor in one of the affected hospitals described how a 21st-century healthcare system deprived of it's computers is brought to its knees. The attack caused enormous unnecessary suffering for both patients and healthcare professionals, and triggered hundreds of thousands of appointments to be cancelled.

The doctor's brutal assessment of the Conti gang? “I think they lost their humanity.”

Faking its own death

According to Advintel, the Conti gang sealed its fate in February when it published a message in support of Russia's invasion of Ukraine, declaring its “full support of Russian government.” By aligning itself to the Russian state it had made itself the subject of sanctions. Victims were not prepared to run the risk that their ransom payments might be treated as sanctions violations and Conti's income dried up.

Ransomware gangs often react to trouble by going dark, or with ham-fisted attempts to pretend they've retired. These retirements are often quickly followed by the sudden appearance of a brand new ransomware gang that is obviously just the old gang working under a new name.

Advintel's research suggested that Conti was aware of this pattern and determined to try something different. Instead of disappearing and then popping up a week later under a new name, the group created and operated new brands—Advintel names KaraKurt, BlackByte, and BlackBasta as examples—before retiring the Conti name, to make the transition less obvious. In addition to creating these new brands, it also dispersed parts of its workforce into existing gangs it had a relationship with, such as Hive and ALPHV.

To complete the deception, it maintained a skeleton crew that carried out extremely noisy, headline-grabbing attacks on Cost Rica, and continued to operate the leak site until the last moment.

Malwarebytes Threat Intelligence was able to independently confirm that Conti sent an internal announcement about its retirement to affiliates at the end of May, and that its internal chat servers stopped working around the same time.

The site had been inactive for 28 days before it disappeared, with the last new leak appearing on May 25. As our May ransomware report revealed, despite the noise it generated from its attacks on Costa Rica, Conti's activity was significantly depressed in May, while the activity of gangs with alleged links to Conti increased, driven largely by the rise of BlackBasta.